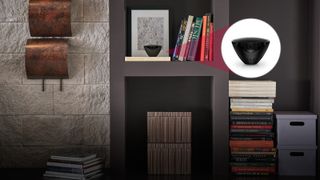 It used to be that, unless you were some big time Hollywood hotshot or a trader on Wall Street, paying someone to protect your home really wasn’t an affordable option. But these days finding a good security guard is as easy as going to your local electronics retailer’s smart home section.

That being said, the good news for both your home and your wallet is that there are literally dozens of affordable smart devices that can keep you and your house safe while you’re away.

Tracking down which of these electronic watch dogs is worth buying can be tricky but we’ve done some sleuthing of our own and found at least 10 gadgets that will keep your home safe and secure.

But look, before we start it’s worth saying explicitly that we don’t think your house is unsafe and that you should buy into this weirdly perpetuated culture of fear. Likely, your house would be fine with or without these things.

Still, there’s something to be said for security and peace of mind no matter the circumstance so it’s for that reason we’ve assembled this list.

Kicking off our list is the LG Smart Security Solution that’s powered by ADT Home Security. While other gadgets on this list only perform one task at a time, LG’s security solution is a camera, motion tracker, microphone and speaker all-in-one. Setting up the camera takes a matter of minutes, and simply involves downloading an app from the app store. Wall mounting it would take a bit longer than placing it on a shelf in good view of your front door, but by and large it’s one of the easier setups on the list.

The only downside? While you can watch a live view of your camera’s feed from the app for free, you’ll need to subscribe to ADT in order to store and retrieve video. ADT charges $9.99 per month to keep the last seven days of footage or $29.99 for the last 30 days.

While not a security camera in the traditional sense, the Skybell HD Wi-Fi Video Doorbell acts as like a personal bouncer analyzing potential guests before they walk into your humble abode. The Wi-Fi Doorbell offers 1080p video, free online video storage and on-demand video along with a notification when anyone presses the button. On top of everything else it hooks into the Amazon Alexa ecosphere allowing you to take photos or record video via voice command.

But if you’re looking for total front door security, a smart doorbell requires a smart lock to go along with it. The best partner in anti-crime for the Skybell HD Doorbell is the Kwikset Kevo Smart Lock, a solidly built lock that finds the ideal balance between security and convenience.

We like the Kwikset Kevo for a few reasons. The first is that it offers a few ways for you to get into the house: a key fob, cell phone or, if you’re traditional, a standard key. Better yet, if you want to allow a friend access to your abode for a bit – say to watch a pet or child while you’re out – you can send them an eKey to grant them limited access over a set period of time. Want a smart lock that requires a little less setup time? The August Smart Lock fits over your standard deadbolt and connects into Apple’s HomeKit ecosystem of smart appliances.

If you like your locks just the way they are right now, but you’re still interested in some outdoor security enhancements, check out Kuna’s line of smart light fixtures. At first glance these relatively sleek and svelte-looking outdoor lights might appear to be … well, not very intelligent. But little do burglars know that on the bottom of each light is an HD camera waiting to catch them in the act of breaking in. Want to chat with suspect intruders before answering the door? Most models function as a two-way communicator, allowing you to visually and aurally assess potential threats before meeting them face-to-face.

All right, now  that we’ve got the outside of the house locked down, let’s focus on what we can do inside to keep you safe. One of our biggest recommendations as far as preventing smoke, fire and carbon monoxide related incidents is the Nest Protect. Nest was one of the first major mainstream smart devices and it got that way because of how simple it is to setup and install, and how effective it is once you’ve done so. Should the Protect ever detect any one of the above not only will you get a notification on your phone but also anyone else part of the family plan. Plus, should it go off accidentally, you won’t have to wave a towel – simply open the app on your phone to shut it off.

While all routers are pretty smart, Securifi’s Almond 3 is very smart. Not only will it connect you to the outside world like any old router would, the Almond 3 packs in a few smart home tricks that help you automate and control your internet usage. Want to get a notification when your son or daughter comes home from school and jumps on the Wi-Fi? Now you can.

Securifi sells its own suite of smart home products that go alongside the Smart Router – everything from a door sensor and motion detector to a smart remote and a smart switch – but thanks to some smart partnerships you’re welcome to hook it into the Amazon Echo. Want to turn off Wi-Fi to all devices in the Kids group? Just say the word.

The Securifi Almond 3 might protect kids from the dangers of the internet but, if your kids are even younger, you might want to look into the Withings Smart Baby Monitor. So why trust Withings with the youngest member of your family? Not only does it allow you video surveillance 24 hours a day of the crib, but it also does some neat tricks like turning on a nightlight and can play some soothing music should your little one wake up. Automatic movement and noise alerts tell you when they’re not sleeping as soundly as they could be, plus there’s a push to talk button on the app that allows you to communicate (and most definitely freak out) your kids. On second thought, maybe that last bit isn’t really a great feature to emphasize…

While other smart home systems occupy a certain niche or specialize in one particular area, Samsung’s SmartThings system can be used in any number of ways to keep your home locked down. That being said, the best place to start is the Samsung SmartThings Home Monitoring Kit. Inside, you’ll find a SmartThings Hub (the brains of every SmartThings set up), a multipurpose motion sensor, two window and door sensors, plus a SmartThings Outlet that allows you to remotely turn appliances on or off.

Without buying any of the other SmartThings-compatible devices, with just these tools at your disposal you’ll be able to track who’s home and when, thereby providing some peace at mind when you know you’ve got the entire family home safe and sound. Add on anything else from the SmartThings catalogue and you’ll soon have a smart home worthy of a sci-fi flick.

There are a few great smart lighting options out there including bulbs from Cree and LIFX, but so far the one that’s impressed us the most is Philips Hue. Not only does it hook into the Amazon Echo family of products, but automating the Hue is super simple as well. Want the living room light to turn on at sundown? What about turning the outdoor lights on when you pull out of the driveway? Just set the parameters in the app and you’re good to go. One shortcoming that’s worth pointing out is that these smart lightbulbs are far more expensive than their ‘dumb’ alternatives. While a regular lightbulb might only run you a few dollars or pounds, each Philips Hue bulb costs 10 or 20 times that amount.

Before you start your month-long vacation feeling pretty good about your new ultra-secure smart home, there’s one last thing you need: the Automatic Pro.

The Automatic Pro works like a smart sensor for your car. It can tell you when your car is parked somewhere it shouldn’t be (like a street-sweeping zone) and allow you to keep tabs on your vehicles location whenever and wherever you are using your smartphone. It plugs into the OBD-II port (on-board diagnostic), the same thing that technicians use to get a read on what’s wrong with your car when you take it in for an inspection. Not only does Automatic do the standard security features you’d expect, but it also has a few neat features like mileage tracking and crash alerts that will keep you up to date on your car’s status.