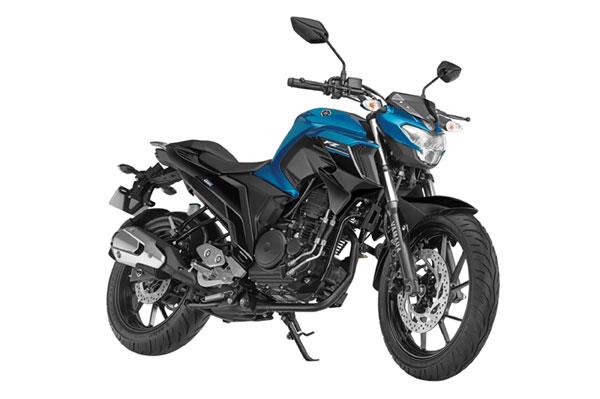 Yamaha’s freshly launched FZ25 has not quite hit the streets yet, but it is generating enough buzz to warrant a closer look at it. The FZ25 is the FZS’ bigger sibling, and it looks the part. While it retains the basic design cues of the FZ family, it looks slightly more butch. The headlight is more angular, the tank more muscular and the seat design sportier. The design, as Yamaha puts it, “emphasises the sense of mass-forward layout”. Those cowl-like appendages protruding forward from the tank are particularly likely to find favour among Indian buyers.

The powertrain
The most important element of the FZ25, of course, is its new powertrain. Sitting under the tank is a 249cc, single-cylinder, air-cooled, four-stroke engine with SOHC and two valves. Yamaha mentioned, at the FZ25’s launch event, that this engine is derived from one of the company’s Japanese market models, most likely the Tricker, a lightweight off-roader.

Featuring a bore and stroke of 74x58mm and a compression ratio of 9.8:1, this engine produces 20.9hp at 8,000rpm and 20Nm of peak torque at 6,000rpm. It features Yamaha’s Blue Core technology, an initiative to extract maximum performance and fuel economy from its engines by “achieving optimum combustion, power loss reduction and precise control of fuel supply and ignition timing”. While we feel that the 21hp output of the engine does not quite conform to the ‘maximum performance’ ideal, the claimed fuel economy figure of 43kpl indicates promising real-world fuel efficiency.

While we aren’t particularly happy with the power figure, considering rivals like the TVS Apache RTR 200 and KTM Duke 200 make the same or even more power with smaller capacity engines, the light 148kg kerb weight (wet) of the bike should make for adequately peppy performance. The confirmation of this assumption will, of course, have to wait till the first drive.
The engine will come mated to a five-speed gearbox that will transfer power to the rear wheel via a chain drive.

Chassis and suspension
As with the FZS, the FZ25 gets a diamond chassis. The suspension set up consists of 41mm telescopic forks up front and a swingarm-mounted monoshock round the back.

At 2,015x770x1,075mm, the FZ25 is 25mm longer and taller than the FZS. Its wheelbase is 30mm more too, indicating possibly lesser agility. Seat height, however, is only 5mm more, and ground clearance, at 160mm, remains unchanged. The seating geometry, however, has been revised to make for a slightly more aggressive, and forward set, riding position.

Equipment
The equipment list for the FZ25 is configured more for conspicuous consumption as opposed to practicality and performance. You do get an all-digital instrument cluster with a tripmeter and live fuel economy gauge, as well as an LED headlight and tail-light, but ABS is conspicuously missing.