A more affordable MacBook Air is what we want, but where does it fit among iPad Pros? 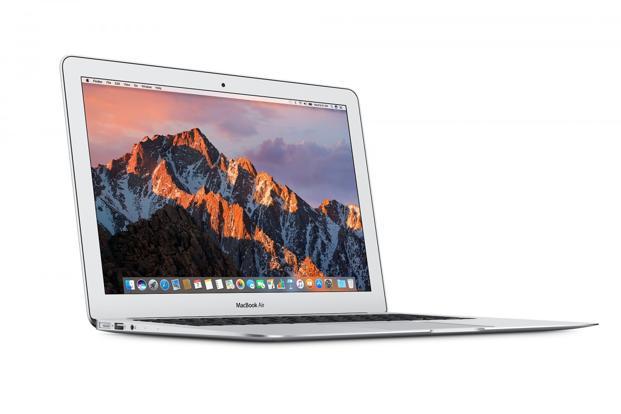 The announcement of a more affordable MacBook Air is believed to happen sometime in Q2 2018.

The reports of MacBook Air’s death, over the years, have been greatly exaggerated. Over the weekend, well-known Apple analyst Ming-Chi Kuo of research firm KGI Securities suggested to investors in the latest series of notes that Apple could be close to releasing a more affordable MacBook Air this year. The exact timelines are anyone’s guess, but it is believed that the announcement will happen sometime in Q2 2018. Perhaps, it will coincide with WWDC which will happen in San Jose in June this year.

This surely has set the cat among the pigeons. After all, the MacBook Air has remained largely neglected for many years now, yet the price of the current MacBook Air 13 makes it a popular choice among students and pretty much anyone buying a MacBook for the first time—if you find the right deals and discounts, you can buy a brand new MacBook Air 13 for around Rs55,000. While Apple managed to successfully discontinue the 11-inch MacBook Air in 2016, the 13-inch variant has remained on the shelves, albeit without any major upgrades or even visual changes. The focus has been on the 12-inch MacBook, which should have been the obvious successor, but with prices still starting at Rs1,04,800, it is just too expensive.

While we don’t really know what the analysts mean by “more affordable”, it could mean the new MacBook Air could be priced around Rs50,000 (the current one, despite discounts, sports a price tag of Rs77,200). But one would expect more of the same in a new yet affordable MacBook Air—sacrifice performance a bit, give up on a high-resolution display and perhaps not have the lightest and slimmest design anymore, at the altar of affordability. Nevertheless, we must not forget that Apple pretty much showed that an affordable price and slick user experience don’t need to be sworn enemies, with the Apple iPad (2017) offering top-notch usability without having a top-of-the-line processor, for instance. The iPad remains a genuinely neat option at a lesser price, and won’t give you an inferiority complex for not being able to afford an iPad Pro.

Apple doesn’t need to reinvent the wheel with the new MacBook Air. What the refreshed laptop needs are three ingredients—a Retina Display, the latest Intel processors and a redesign that is worthy of the “Air” moniker.

But that does pose a challenge for Apple. Even if the current MacBook Air seamlessly makes way for the new MacBook Air, there is still the small matter of Apple’s already robust line-up of other computing devices—the iPads and the iPad Pro, as well as the existing MacBook and MacBook Pros.

You can start with an iPad (2017; prices starting Rs28,000) and pair it with a third-party keyboard accessory (a Logitech K480 costs Rs1,999 on Amazon.in) and you have a computing device ready. If however, you need something a bit more powerful for multiple 4K video stream edits for instance, the 10.5-inch iPad Pro starts at Rs50,800, while the 12.9-inch iPad Pro starts at Rs63,500. This is a conundrum for anyone who isn’t exactly using apps that may be unique to either the iPad’s iOS platform or the MacBook’s macOS platform—the choice is wide, and can be confusing. If we are to look at the MacBook line-up, the least you will have to spend is close to Rs90,000 after deals and discounts, on the 12-inch MacBook or the 13-inch MacBook Pro. The new MacBook could be designed to counter exactly that.