The Amazing Artificial Intelligence We Were Promised Is Coming, Finally 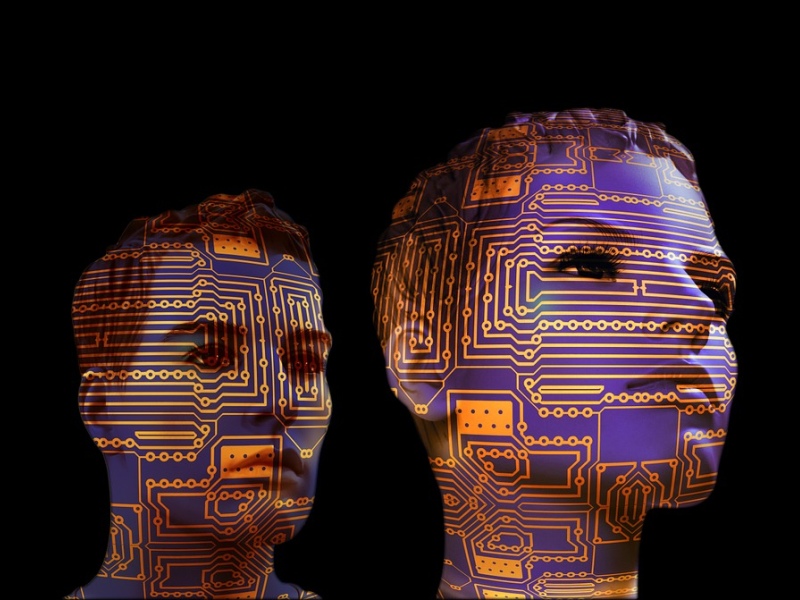 We have been hearing predictions for decades of a takeover of the world by artificial intelligence. In 1957, Herbert A. Simon predicted that within 10 years a digital computer would be the world’s chess champion. That didn’t happen until 1996. And despite Marvin Minsky’s 1970 prediction that “in from three to eight years we will have a machine with the general intelligence of an average human being,” we still consider that a feat of science fiction.The pioneers of artificial intelligence were surely off on the timing, but they weren’t wrong; AI is coming. It is going to be in our TV sets and driving our cars; it will be our friend and personal assistant; it will take the role of our doctor. There have been more advances in AI over the past three years than there were in the previous three decades.

Even technology leaders such as Apple have been caught off guard by the rapid evolution of machine learning, the technology that powers AI. At its recent Worldwide Developers Conference, Apple opened up its AI systems so that independent developers could help it create technologies that rival what Google and Amazon have already built. Apple is way behind.

The AI of the past used brute-force computing to analyze data and present them in a way that seemed human. The programmer supplied the intelligence in the form of decision trees and algorithms. Imagine that you were trying to build a machine that could play tic-tac-toe. You would give it specific rules on what move to make, and it would follow them. That is essentially how IBM’s Big Blue computer beat chess Grandmaster Garry Kasparov in 1997, by using a supercomputer to calculate every possible move faster than he could.

Today’s AI uses machine learning in which you give it examples of previous games and let it learn from those examples. The computer is taught what to learn and how to learn and makes its own decisions. What’s more, the new AIs are modeling the human mind itself using techniques similar to our learning processes. Before, it could take millions of lines of computer code to perform tasks such as handwriting recognition. Now it can be done in hundreds of lines . What is required is a large number of examples so that the computer can teach itself.

The new programming techniques use neural networks which are modeled on the human brain, in which information is processed in layers and the connections between these layers are strengthened based on what is learned. This is called deep learning because of the increasing numbers of layers of information that are processed by increasingly faster computers. These are enabling computers to recognize images, voice, and text and to do human-like things.

Google searches used to use a technique called Page Rank to come up with their results. Using rigid proprietary algorithms, they analyzed the text and links on Web pages to determine what was most relevant and important. Google is replacing this technique in searches and most of its other products with algorithms based on deep learning, the same technologies that it used to defeat a human player at the game Go. During that extremely complex game, observers were themselves confused as to why their computer had made the moves it had.
In the fields in which it is trained, AI is now exceeding the capabilities of humans.

AI has applications in every area in which data are processed and decisions required. Wired founding editor Kevin Kelly likened AI to electricity: a cheap, reliable, industrial-grade digital smartness running behind everything. He said that it “will enliven inert objects, much as electricity did more than a century ago. Everything that we formerly electrified we will now ‘cognitize.’ This new utilitarian AI will also augment us individually as people (deepening our memory, speeding our recognition) and collectively as a species. There is almost nothing we can think of that cannot be made new, different, or interesting by infusing it with some extra IQ. In fact, the business plans of the next 10,000 startups are easy to forecast: Take X and add AI This is a big deal, and now it’s here.”

AI will soon be everywhere. Businesses are infusing AI into their products and helping them analyze the vast amounts of data they are gathering. Google, Amazon, and Apple are working on voice assistants for our homes that manage our lights, order our food, and schedule our meetings. Robotic assistants such as Rosie from “The Jetsons” and R2-D2 of Star Wars are about a decade away.

Do we need to be worried about the runaway “artificial general intelligence” that goes out of control and takes over the world? Yes but perhaps not for another 15 or 20 years. There are justified fears that rather than being told what to learn and complementing our capabilities, AIs will start learning everything there is to learn and know far more than we do. Though some people, such as futurist Ray Kurzweil, see us using AI to augment our capabilities and evolve together, others, such as Elon Musk and Stephen Hawking, fear that AI will usurp us. We really don’t know where all this will go.

What is certain is that AI is here and making amazing things possible.