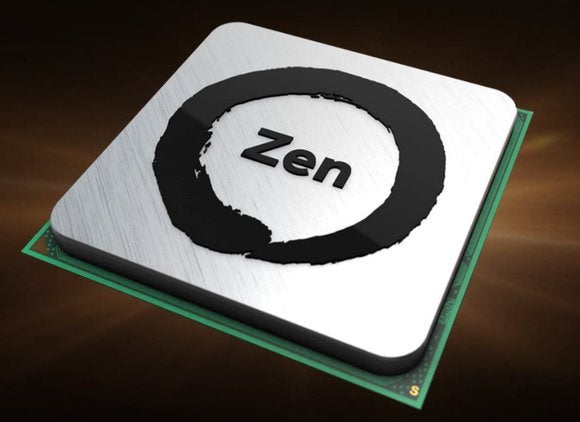 That distant drum beat you’re hearing? That’s the sound of the coming CPU war. The latest beat came this morning, when AMD said it was holding a sneak peek of its high-performance Zen CPU in a few weeks. The preview will be streamed at 1 p.m. PST on December 13. You can sign up at AMD’s website to be clued in.

AMD has been tight-lipped about the CPU ever since shocking the world with a preview showing an 8-core Zen could keep pace with an 8-core Broadwell-E chip. This latest news makes it clear gaming is important to AMD. For example, the host, Geoff Keighley, is a well-known video game journalist. Here’s the full text of the invitation:

“Watch New Horizon, hosted by Geoff Keighley, for an exclusive advance preview of our new ‘Zen’ CPU ahead of its 2017 Q1 launch,” the company said on the public invite. “See eSports & Evil Geniuses legend PPD put ‘Zen’ through its paces. There’ll be appearances from special guests and giveaways. This is the first time the public will be able to try it themselves and see its capabilities. If you’re serious about gaming, this is an event you do not want to miss.”

Reading between the lines, it’s possible AMD will show off the rumored quad-core version of Zen. Recent unconfirmed leaks show AMD with four Zen-based CPUs in the “Summit Ridge” family at launch early next year. The top end may include two eight-core chips with Simultaneous Multi-Threading, as well as the SR5 with six cores, and a quad-core SR3.

The bombshell, if the rumors are correct, would be the aggressive pricing. The highest-end 8-core will be $500, while a second, slower eight-core chip could be as low as $350. Even more disruptive would be a six-core SR5 for $250 and a quad-core SR3 for $150. For comparison, Intel charges nearly $320 for its quad-core Core i7-6700K chip, and the cheapest six-core costs $380.

Why this matters: Intel has essentially had no competition from AMD for nearly a decade in the performance arena, and it has shown. The 10-core Core i7-6950X launched in May at an astounding $1,723. If Summit Ridge can hit the performance AMD claims, and at the rumored prices, 2017 will bring a CPU war unlike any we have seen in years.