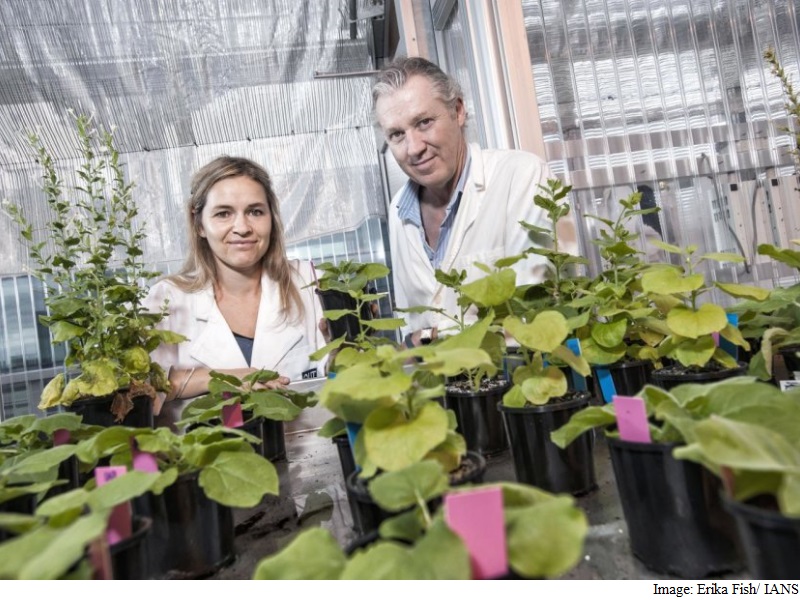 A team of Australian scientists has discovered a gene in a “magical” plant that will open the door for space-based food production, especially during deeper human missions, including to Mars.

He made the discovery while tracing the history of the Pitjuri plant which, for decades, has been used by geneticists as a model plant upon which to test viruses and vaccines.

“This plant is the ‘laboratory rat’ of the molecular plant world. We think of it as a magical plant with amazing properties,” he said in a university statement.

“By sequencing its genome and looking through historical records, we have been able to determine that the original plant came from the Granites area near the Western Australia and Northern Territory border, close to where ‘Wolf Creek’ was filmed,” he explained.

By using a molecular clock and fossil records, the team found that this particular plant has survived in its current form in the wild for around 750,000 years.

“What we found may have a big impact on future plant biotechnology research. We have discovered that it is the plant equivalent of the nude mouse used in medical research,” added lead researcher Julia Bally.

The plant has lost its “immune system” and has done that to focus its energies on being able to germinate and grow quickly, rapidly flower, and set seed after even a small amount of rainfall.

“Its focus is on creating small flowers but large seeds and on getting these seeds back into the soil in time for the next rain,” Bally noted.

The plant has worked out how to fight drought — its number one predator — in order to survive through generations.

Scientists could use this discovery to investigate other niche or sterile growing environments where plants were protected from disease — and space was an intriguing option.

“The recent film “The Martian” which involved an astronaut stranded on Mars growing potatoes while living in an artificial habitat, had a bit more science fact than fiction than people might think,” professor Waterhouse informed.