President Ram Nath Kovind reassigned the portfolios of Finance and Corporate Affairs to Union minister Arun Jaitley on Thursday. A press statement released from the Rashtrapati Bhavan said that the President, “advised by the Prime Minister” and has directed that the portfolios be assigned to the minister after his hiatus of three months.

Jaitley (65), underwent a renal transplant operation at the All India Institute of Medical Sciences (AIIMS)  in May and had stopped attending office in April. On an interim basis, the charge of his ministry was given to Minister for Railways and Coal, Piyush Goyal. 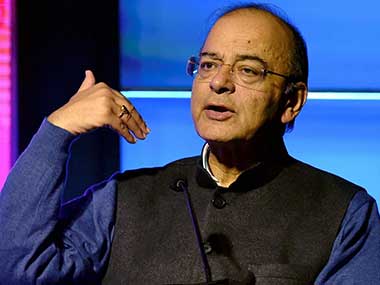 This is a crucial time for Jaitley to take over the portfolios as the Narendra Modi government gears up for the last lap in the run-up to the 2019 general elections.

As a close aide of Modi, Jaitley was working from home in the break after the surgery. He was active on social media, and writing blogs on various economic and non-economic issues like National Register for Citizens (NRC) in Assam, the no-confidence motion in Parliament, the controversy over the Rafale fighter jet deal and the GST launch anniversary.

He had also penned an emotional ode to mentor and former Atal Bihari Vajpayee who passed away on 16 August.

Jaitley’s first public appearance since May was on 9 August, when he had attended Parliament to vote in the elections for the deputy chairman of the Rajya Sabha.

Confirming his illness on 6 April, Jaitley had said, “I am being treated for kidney-related problems and certain infections that I have contracted.” In September 2014, he underwent bariatric surgery to treat a diabetic condition, and had also underwent heart surgery several years ago, DNA reported.