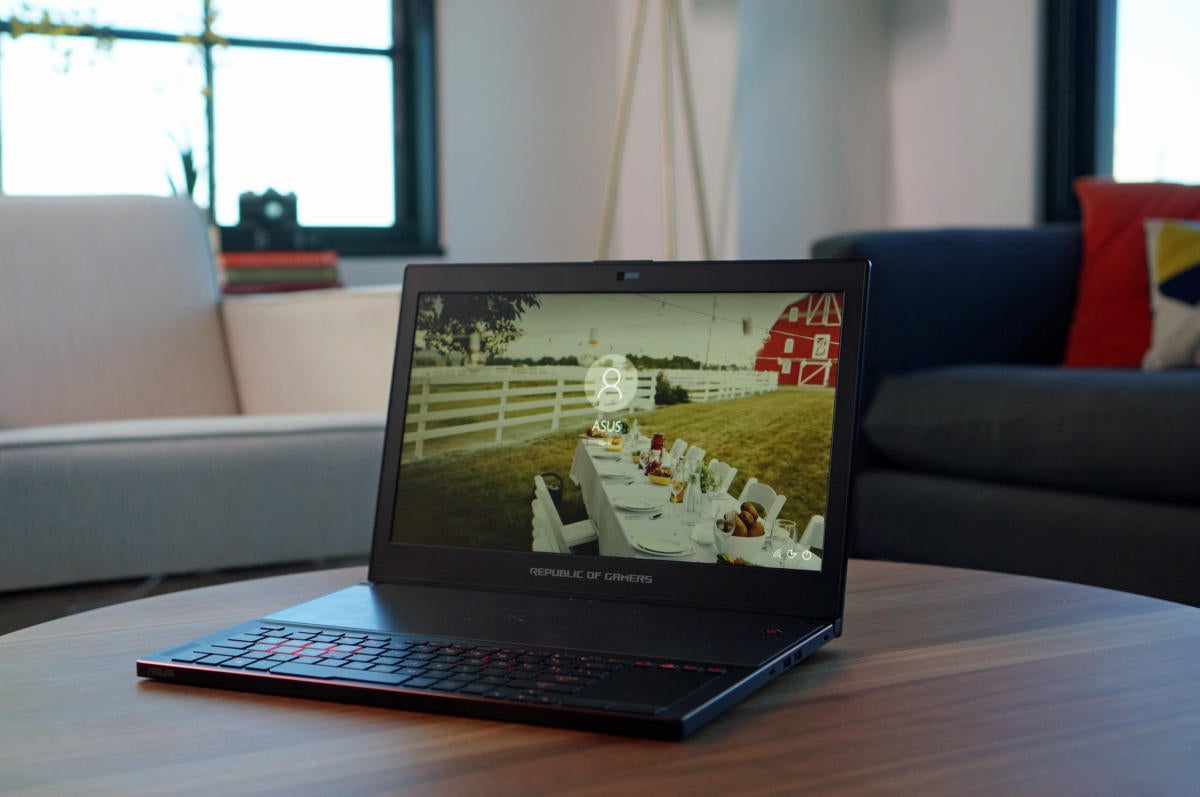 The  Asus Republic of Gamers (ROG) Zephyrus GX501 had us at “GTX 1080 graphics in a five-pound laptop that’s almost as thin as a MacBook Pro 15.” Pound for pound, this is the most powerful portable gaming laptop on earth today. But to get this much performance in a laptop this portable, some big compromises have been made.

More improvement comes from design features such as a bottom panel that opens up when the lid is opened. This allows more cool air to be sucked into the laptop without impacting port placement.

We should mention that as much as some will dismiss the tilt-out bottom as a gimmick, the GX501 is an exceptionally quiet laptop for the amount of performance it packs, even under GPU loads. If WhisperMode (which Nvidia also announced at Computex) makes it into the GX501, it should be even quieter.

You don’t just put a GeForce GTX 1080 into an 18mm-thick frame without a compromise, though, and Max-Q imposes a pretty steep one up front: clock speeds.

Nvidia’s boost clocks may just be guidelines, though. We found that under light loads, the GX501 could actually hit the same clocks as a standard GTX 1080. Under far heavier loads, though, the boost topped out below its max at 1,290MHz.