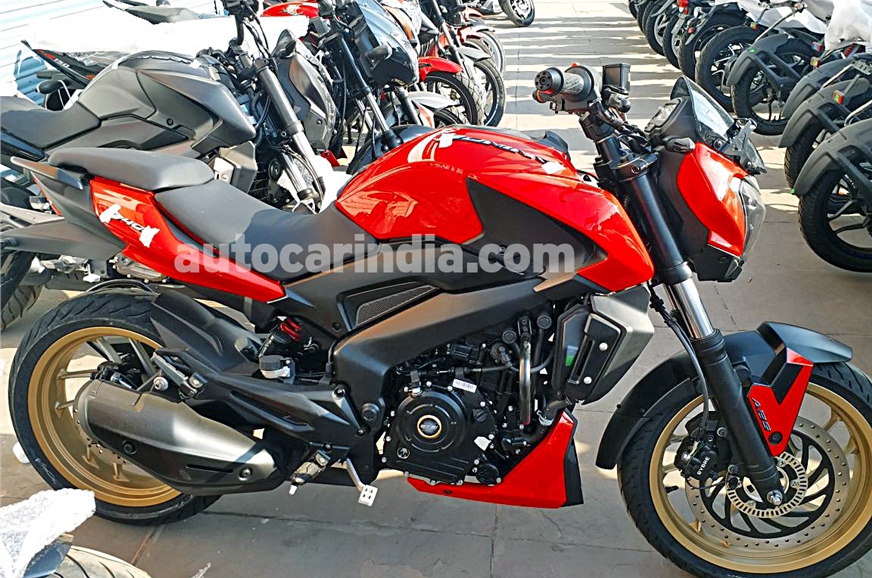 There is also a new light blue shade for the Dominar that will also have similar gold coloured wheels. Aside from the colours, the 2018 Dominar cruisers are expected to remain unchanged. It will continue to be powered by a 373cc, single-cylinder, fuel-injected engine that is borrowed from the KTM 390 Duke – although in a completely different state of tune. This retuned liquid-cooled engine produces 34.5hp at 8,000rpm and 35Nm of torque at 6,500rpm and is mated to a six-speed gearbox. It uses a 43mm conventional telescopic fork for the front and an adjustable monoshock, at the rear.

In terms of features, the Dominar 400 sports an all-LED headlamp and tail-lamp. It also gets a reverse LCD – one which, as Bajaj claims, provides better clarity in all conditions (including day) than a standard LCD screen. This instrument cluster shows the speedometer, odometer, fuel gauge and the rpm metre. The Dominar can also be fitted with ABS, as an optional add-on.

The new satin black/gold colour scheme comes at a premium of about Rs 5000 to Rs 7000. The other two colour schemes are expected to have similar prices to the outgoing model. Bajaj dealers have begun taking bookings and delivering the motorcycle.