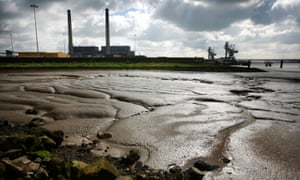 Wordsworth found it in a host of daffodils; Nan Shepherd in the nooks of the Cairngorms. For Monet it popped up all over the place, from the windmills and canals of Amsterdam, to the sailing boats of Argenteuil.

What lends a scene beauty has long been left to the poets and painters to define, but that may be about to change. In a new study, researchers trained a computer to tell scenic views from blots on the landscape. One day it could help with decisions over what land to protect, and how better to design new towns and cities, the scientists claim.

“We want to understand what beautiful places are composed of because there is a connection between beautiful places and people’s wellbeing,” said Chanuki Seresinhe, a researcher on the project at the University of Warwick and the Alan Turing Institute in London. “If we can have a computer look at the environment and tell us how beautiful it is, we can use it to develop a more fine-tuned understanding,” she added.

The scientists fed a computer more than 200,000 photographs of places in Great Britain that had been rated for beauty on the website, Scenic-or-not. The computer then linked the ratings to features in the images and produced lists of what makes one scene beautiful an another an eyesore. The answers are hardly surprising: lakes, valleys, coastlines and mountains all score highly, while derelict industrial sites, motorway junctions and construction sites score the lowest.

The findings offer reassurance – though most of the the images aren’t recent – that Loch Scavaig on the Isle of Skye, South Wheal Frances in Cornwall, and Embley Wood in Hampshire are all fine places to be. As for the old Brancepeth Works in County Durham, the view from Rake Lane in Cheshire, and the A42 at Junction 23a of the M1, the less said the better.

The computer learned that there is more to beauty than the natural world. Scenes with canals, churches and cottages, towers, viaducts and castles all score well, while hospitals, car parks, and factories bring the rating down. Among the built up places the computer scored highly were the view down Erewash canal in Derbyshire, the Digswell viaduct in Hertfordshire, and Panteg Cemetery Chapelnear Pontypool in South Wales. In London, it picked out the Tower of London and the Palace of Westminster.

Perhaps the most striking finding is that flat patches of grass score poorly in the beauty stakes. “If grass is flat and it lacks trees and contours, it gets rated down,” Seresinhe said. That has implications for the design of new towns, where planners may want green spaces, she said. “Putting in a green space is not enough, the quality of the green space is important too.”

According to the researchers, the findings offer hope for the future. “Built structures are coming up as beautiful and that implies that urban areas don’t have to be ugly, we do not have to give up,” said Seresinhe. The research is published in Royal Society Open Science.

Nicholas Crane, a presenter on BBC2’s Coast and president of the Royal Geographical Society, was not enthusiastic about the work. Flat green spaces can become places for quiet contemplation and provide vistas against which other structures are set, he said. Meanwhile, places that are not conventionally beautiful can be treasures in the landscape for future generations to explore and understand the past. “I’d be extremely alarmed to see this being adopted as a planning tool,” he said.

He said there was an “element of banality” in beauty being equated to popular landmarks like the Tower of London. “Urban beauty is far, far more subtle than this,” he said. “The Banksy at ankle height in an East End doorway, or sunlit rivets beneath a canal bridge can change a passer-by’s day, yet I suspect these would be hard to factor into a model,” he said.

Ralph Pite, a professor of English literature who studies Robert Frost at the University of Bristol, is also unconvinced. Beauty, he said, can be a false measure of what is worth preserving. The Lake District might be very beautiful, but environmentally, it is not a success story.

“Personally, I love the mudflats of the Severn estuary and the Mersey. I wonder how high they would score? Bogland, wetland, the Somerset Levels, the flow country of Caithness – I don’t think any of these would get much of a look-in. But I would hate to lose them or see them damaged.

“If you followed this algorithm you would end up with country house parkland everywhere, because our sense of beauty is very restricted and cliched. Better in my view to head on out to the mudflat and learn to love it,” he said.