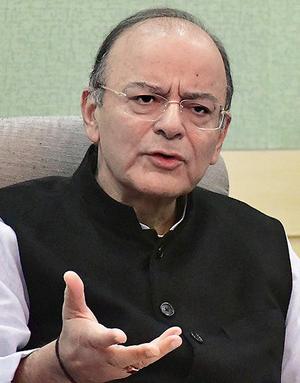 The Cabinet on Wednesday set the ball rolling for the constitution of the Fifteenth Finance Commission, which will decide the devolution formula for revenue-sharing between the Centre and States from the year 2020 till 2025.

The Commission, whose members and terms of reference will be notified soon, will have to grapple with the significant changes in the taxation framework, such as the Goods and Services Tax, which has replaced the earlier indirect taxation system.

Finance Minister Arun Jaitley said that the Cabinet had given an in-principle nod to constitute the Commission and finalise its terms of reference.

“The next step would be to decide on who its members would be and notify the same so that it can begin its work,” he said.

The Fourteenth Finance Commission, whose recommendations were accepted by the government and are effective till March 31, 2020, had mooted a ten percentage points jump in States’ share of the central pool of taxes from 32% earlier to 42%.

“India is a Union of States, the Union also has to survive,” Mr. Jaitley said in jest, hinting that the Centre hoped the devolution of shareable taxes did not compromise on its own capacity to spend.

“The Fifteenth Finance Commission’s recommendations have to be in place before April 1, 2020. The normal experience is that a Finance Comission takes about two years to undertake consultations and finalise its report,” said Mr. Jaitley, explaining the timing of the Cabinet decision.

When asked about the terms of reference for the Commission, the Minister said: “Many changes have taken place (since the previous Commission’s tenure). Both the Centre and States’ expenditure patterns need to be retained and the impact of the new distribution of taxes system on States and the Centre has to be considered by the Commission.”

“It is natural that compared to the previous Finance Commissions, the exercise will be different this time. Because, after the GST, it’s no longer the same pattern,” Mr. Jaitley pointed out.