Chennai: Include three educational experts in the panel, directs HC

The PIL was filed by the director of an NGO, CHANGE India, A Narayanan

Director of an NGO, CHANGE India, A Narayanana filed the plea 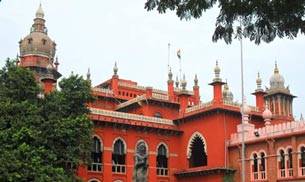 The state government has been directed to include three educational experts in the panel constituted by the government to deal with issues, including minimum land requirement, relating to 746 unauthorized schools.

The court said the advocate general submitted that the norms have been worked out but conceded that the committee consists of only bureaucrats manning department persons concerned with education.

Directive of the HC: In brief

Who filed the PIL and why?

What has been sought?

He also sought a direction to ensure that all unrecognized schools were closed by the end of the academic year 2015-16 and that students in such schools were placed in other neighbourhood government/government aided/unaided schools so as to enable them to continue their education in recognised schools.