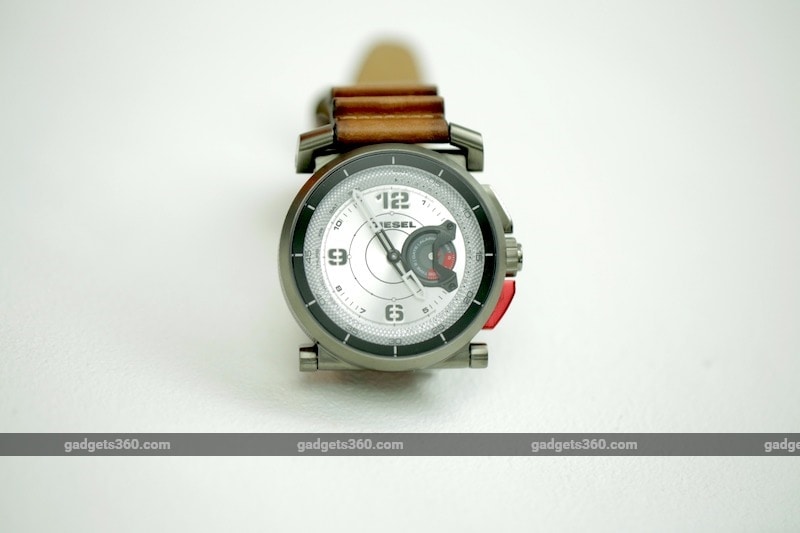 The emergence of activity trackers and smartwatches appears to be making the traditional watch industry rethink its ways of doing things. Few people want to wear more than one thing on their wrists, and when there’s a choice, devices with multiple useful functions win. The Diesel On looks like a typical men’s analogue wristwatch, but it has some “smart” technology under the hood. It uses Bluetooth to pair with your Android or iOS device, and it can vibrate when you receive notifications on your phone, or if you set an alarm. We’ve been using the Diesel On DT1002 watch for the past two weeks and we feel that it might give us a hint of what the future of analogue wristwatches looks like.

Diesel is primarily a fashion brand, and all its watches are made by American watchmaker Fossil Group, which has licensed the name. The Diesel On is a bulky analogue wristwatch for men. Those with slim wrists may not like its bulk but for the most part, we found it quite easy to live with. It has a leather strap which we found very comfortable. It has a bold face with the numbers 12, 6, and 9, printed more prominently.

The Diesel On watch lacks a seconds hand. On the right side, there’s the crown and two buttons. The red button triggers certain actions on your phone. The Diesel On can also count the number of steps you take and record how long you sleep. With the press of a button, you can take pictures with your phone camera or play/ pause music. However, it doesn’t have a display to show you the text of notifications or how many steps you’ve covered. This gives the Diesel On roughly the same amount of functionality as most entry-level activity trackers on the market today, but it’s a long way off from smartwatches. 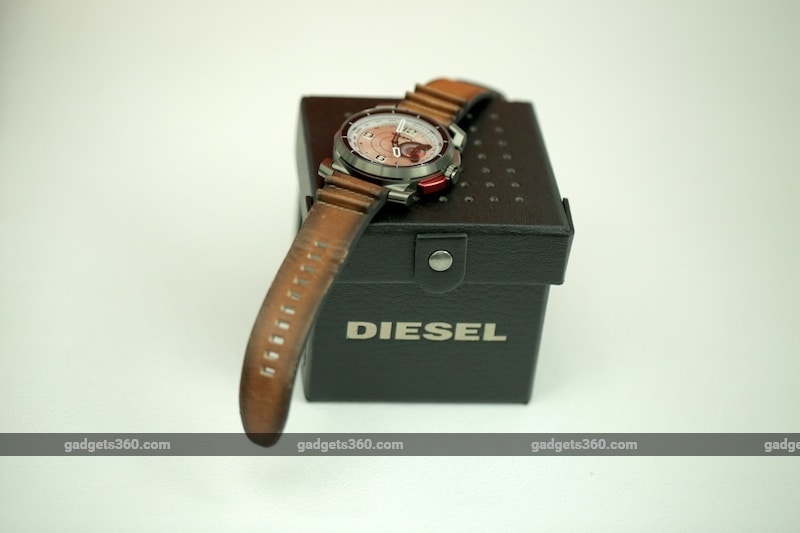 After using the Diesel On for two weeks, we don’t think that’s necessarily a bad thing. This device isn’t targeted at those who want smartwatches, but at the people who don’t want to wear a second smart device along with their traditional wristwatches. For that reason, many of the Diesel On’s limitations don’t seem that bad.

You can allow only up to six apps to send alerts to the watch. The red button on the watch can only trigger one action — you choose whether you want to use it to take photos or control music playback. There are several such limitations that would frustrate anyone who uses a smartwatch regularly. However, for someone who’s never used a smartwatch, these are features you wouldn’t have otherwise.

Another advantage is that the Diesel On companion app is easy to configure on both iOS and Android. The setup process is as simple as pairing any other Bluetooth device with your smartphone, and we managed to get it up and running in under a minute. The app is pretty basic and easy to use. There’s a hamburger menu on the top-left, where you’ll find all settings such as which contacts and apps you want notifications for. The app looks great and feels slick on both iOS and Android. The way it displays data, such as activity tracking for the current day and for the past week or month, makes it very easy to read and understand. The app supports Apple’s HealthKit and Google Fit, so your fitness data can be used as part of a larger health tracking system on either platform.

In the two weeks that we wore the Diesel On, we received a few compliments about its looks, but not a single person realised that it’s more than just a common watch.

If you love the look and feel of an analogue wristwatch but would like to receive quiet alerts and track your activity, the Diesel On could actually be a great choice. We found ourselves using it to alert us to calls and messages from close family members. When our phone rang but the Diesel On did not vibrate, we immediately knew that the call wasn’t important, without even needing to take out the phone.

One thing to note is that the Diesel On doesn’t stop vibrating for alerts when you take it off, which we found difficult to get used to after having used an Apple Watch Series 2, which locks itself and stops receiving alerts the moment you take it off your wrist. We found ourselves wishing for the same thing on the Diesel On soon after we started using it.

On the plus side, however, the Diesel On is rated to last for six months on a single charge. It’s powered by a standard watch battery and it isn’t very easy to check the battery level, which is understandable since you won’t need to do it very often. The only indicator of the Diesel On’s battery level was the Batteries widget on the iPhone 7 we used to pair it with. It went from 78 to 75 percent over the course of two weeks of constant use involving notifications from lots of apps, alarms, and call alerts from some people. 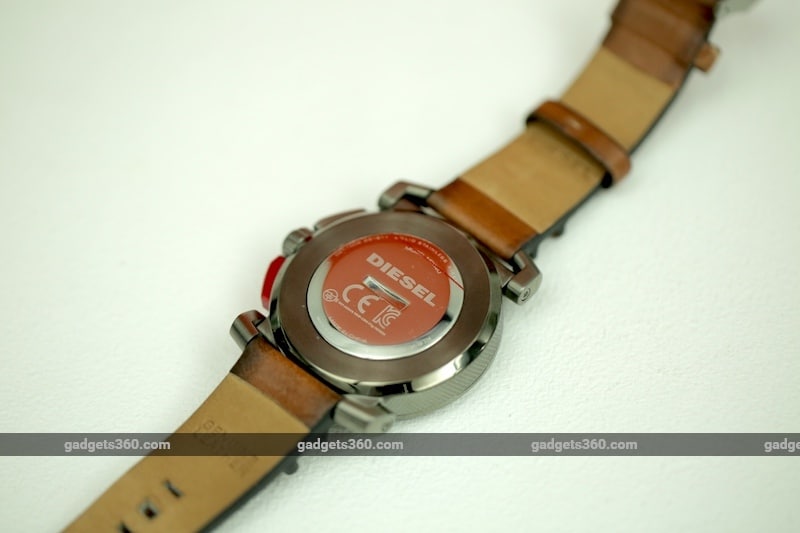 The activity tracking feature was fairly accurate, with an average deviation of around nine percent when compared against the step counter on an iPhone. The Diesel On always counted more steps than the iPhone and that could be attributed to us often leaving our phone on a table or desk. The sleep tracker was totally useless to us simply because the watch is too bulky to be worn while sleeping. We tried twice but gave up because it was too uncomfortable.

We’re heavy smartwatch users so the Diesel On was initially quite frustrating. However, over time we found ourselves getting used to it as a watch with a few extra features. Not having to charge it every couple of days is certainly a big plus, and its ability to deliver alerts discreetly made it fairly useful. Priced at Rs. 16,795, the Diesel On is targeted at a very specific market — people who want an analogue wristwatch with a few “smart” features. It will serve them fairly well, and in case you don’t care for those features, it still is a pretty solid wristwatch. This could be the first step in the evolution of traditional analogue wristwatches, and if the market takes to it, more advanced variants with an “overlay” displaycould carve out a niche for themselves.