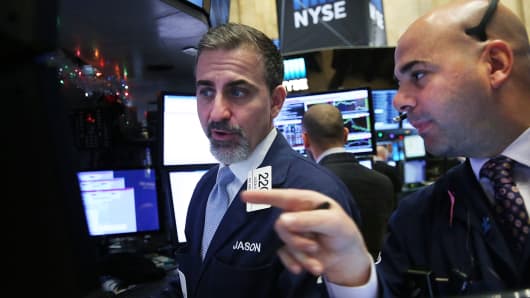 Check out which companies are making headlines before the bell:

General Mills — The cereal maker announced a quarterly dividend increase of five percent, from 46 cents per share from 44 cents. Separately, General Mills announced the election of Kimberly-ClarkChief Financial Officer Maria Henry to its board of directors.

Valeant Pharmaceuticals — The drug maker has appointed three new independent directors to its board, including Pershing Square Capital Management Vice Chairman Stephen Fraidin. Pershing is a major shareholder in the drug company.

Crown Media — Majority owner Hallmark Cards will buy the portion of Crown that it doesn’t already own for $5.05 per share in cash, compared to Tuesday’s closing price of $4.93 per share. Hallmark currently owns more than 90 percent of the cable network operator.

Express — The apparel retailer earned 67 cents per share for its latest quarter, 2 cents above estimates. Revenue was below forecasts, however, but Express noted a significant improvement in profit margins in its earnings release. It is also predicting a full-year earnings range that comes in largely above estimates.

Darden Restaurants — Darden said third-quarter earnings will come in at $1.18 to $1.21 per share, above estimates of $1.05 on the strength of a 6 percent boost in comparable-store sales. The Olive Garden parent also announced the departure of Chief Financial Officer Jeffrey Davis, who is pursuing opportunities outside the company. He’ll be replaced by Chief Strategy Officer Ricardo Cardenas.

CBS — CBS was upgraded to “outperform” from “market perform” at Wells Fargo, noting that broadcast channels will be part of any “skinny bundle” sold by cable and satellite operators. The upgrade comes ahead of the company’s investor meeting set for March 15.

Ross Stores — Goldman Sachs removed the discount retailer’s stock from its “Conviction Buy” list, citing valuation. Ross is up 7 percent this year and has more than tripled over the past five years. Goldman still sees Ross as a “long term secular winner.”

Mentor Graphics — Investor Carl Icahn cut his stake in the design software and hardware company for the second time in a week. The latest cut drops Icahn’s stake to 4.7 percent from 5.4 percent.

Lumber Liquidators — The company accused investor Whitney Tilson of creating confusion in the marketplace for the purpose of making money. Tilson has taken a new short position in the flooring maker, after covering a prior short in late 2015. Tilson said the cancer risk from tainted flooring is greater than initially thought.

Carmike Cinemas — Carmike may face some resistance to its deal to be bought by AMC Entertainment. Mittleman Brothers, the movie theater chain’s largest shareholder, said it would vote against the deal and encourage other shareholders to oppose the deal as well. Mittleman calls AMC’s $30 per share purchase price “unacceptably low.”

Groupon — UBS also cut Groupon to “sell” from “neutral,” saying the daily deals and e-commerce company has a “long road ahead” in strengthening its position in the local advertising market.