While many of you might be hearing the name for the first time, FB Mondial is actually one of the oldest and famous motorcycle brands around. More on that later folks, lets talk about the bike first. The HPS 300 is an exciting-looking bike with too much going on at the design front. That’s because it’s a café racer and scrambler fused into one single DNA, resulting in an attractive offering. It’ll take on the BMW G 310R and KTM Duke 390. 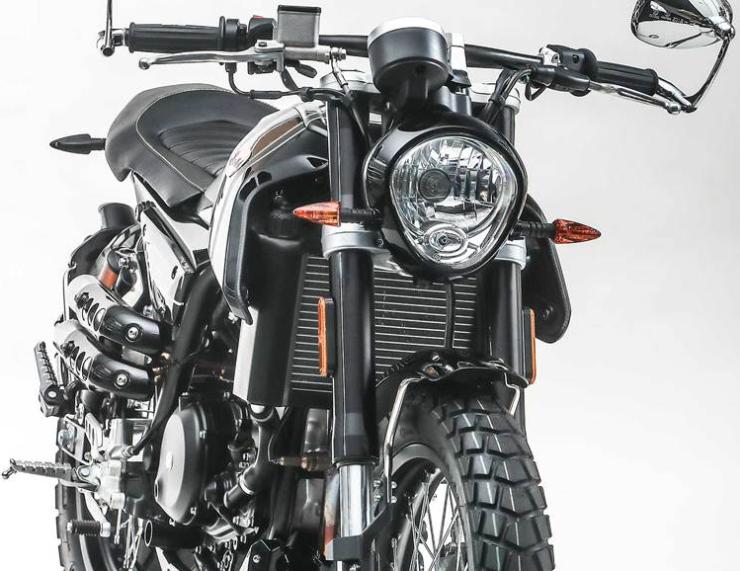 The bike is being brought to our shores by Kinetic-owned Motoroyale. It will be the first bike in Motoroyale’s five band operation (SWM, Hyosung, MV Augusta, FB Mondial and Norton). The HPS 300 will come in as a CKD and will be assembled at Motoroyale’s Ahmednagar facility. The new bike will be launched in September 2018.

FB Mondial’s first offering in India is based upon the HPS125 which is another low displacement bike by the company. This wild child is powered by a Piaggio-sourced 249cc, liquid-cooled motor. The single-cylinder, fuel-injected engine produces 25 Bhp at 9,000 rpm and peak torque of 22 Nm arrives at 7,000 rpm. The engine is mated to a 6-speed gearbox. Stopping power comes from a 280 mm disc up front and a 220 mm disc brake at the back. Suspension setup features 41 mm USD at the front and 120 mm dual shocks at the rear. Now onto the company, FB Mondial was created in the year 1929. It was founded by five brothers of the Boselli family in Milan, Italy. The company shot into limelight when it began winning motorcycle competitions. In fact, it dominated the World Motorcycle Championships from 1949 to 1957. But tides turned unfavorable and the company shut shop in 1979. The company saw some daylight after that but the attempts to revive the brand were unsuccessful. It was finally brought back to life in 2014 and FB Mondial is now focusing towards the low displacement motorcycle segment.

The HPS 300 is expected to be priced at around Rs. 3 lakh. It will face competition from the likes of BMW G310 R, KTM 390 Duke and also the soon-to-be launched Cleveland Misfit. While that price tag may seem like a premium, you get a very different type of bike complete with an Italian twist.