Gionee A1 Virat Kohli Signature Edition launched, will be exclusive to Amazon 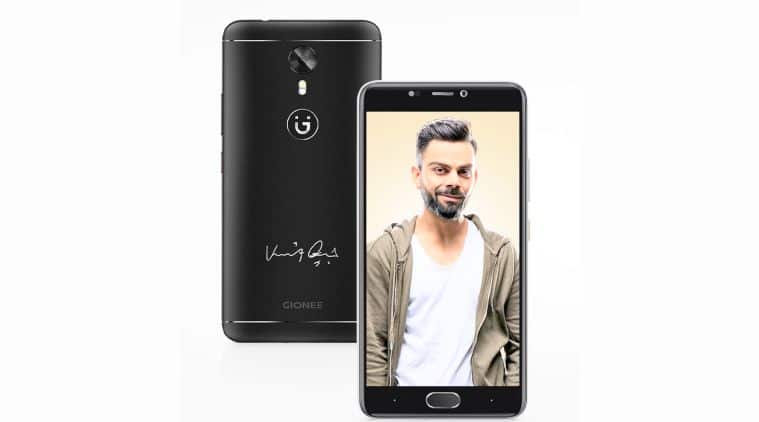 Gionee has announced a special Virat Kohli Signature Edition Gionee A1 in India.

Gionee has announced a special Virat Kohli Signature Edition Gionee A1 in India. The limited edition Gionee A1 will feature Indian skipper Virat Kohli’s signature at the back. The device will be made exclusively on Amazon.in starting 12 PM on June 27 for Rs 19,999. The pre-booking is already open on the website.

Gionee notes that the customers who pre-order the device will additionally get a free Sennheiser headphones along with Virat Kohli Signature Edition Gionee A1.  Gionee A1 is company’s flagship smartphone in India. The smartphone was first unveiled at MWC 2017 and later launched in India towards March-end. It highlights selfie cameras for young generation and long-life 4,010mAh battery.

Commenting on the launch, Arvind R Vohra, Country CEO & MD, Gionee India said, “We have always been committed to reach out to every Hindustani and empower them with better selfies and bigger batteries in our world of #Selfiestan. Virat Kohli is a powerhouse of energy, style and performance and resonates perfectly with our objective. The Signature Edition Gionee A1 is inspired by greatness and crafted with perfection, just like captain Kohli’s masterstrokes. With the launch of this exclusive edition that comes with Virat’s signature, we are extremely elated to reinforce our commitment of keeping our customers happy with a masterpiece beyond compare.”

In terms of specifications, the Gionee A1 feature a 5.5-inch full HD (1080×1920 pixels) 2.5D glass display upfront. The fingerprint sensor is located on the front home button. It is powered by a 2.0GHz octa-core MediaTek Helio P10 processor coupled with Mali T860 GPU and 4GB of RAM. The internal storage on Gionee A1 is 64GB, which is further expandable via microSD card (up to 256GB).

The Gionee A1 boasts of a 16-megapixel front facing camera with LED flash and Waves MaxxAudio technology. The primary rear camera on the device is a 13-megapixel shooter with PDAF, f/2.0 aperture, 5P lens and LED flash.

The dual-SIM 4G VoLTE Gionee A1 runs Android 7.0 Nougat with Amigo 4.0 skin on top. The phone is backed up by a 4010mAh battery and Gionee ships in an 18W ultra fast charging power adapter for fast charging.