Gmail Rolls Out @Mentions for Web, Expected Soon on Mobile 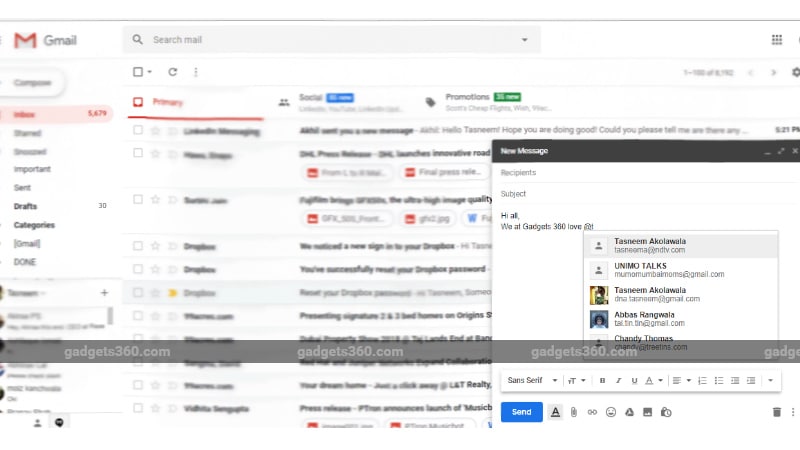 Gmail recently got a big overhaul, and it now comes with several new AI-based features including Smart Reply, email snoozing, and more. Now, the web-client has introduced a new feature that lets you @mention people in your contacts list while composing a mail. The @mention feature is similar to the one seen on Twitter and Slack in many ways. For example, the @mentioned email ID is clickable, and recipients will be able to click on the name and send a fresh email to them instantly.

The new feature was found by Addictive Tips, and to use it in mail, just start typing a name [email protected], and Gmail will throw suggestions at you from your Contact list. You can then select your preferred person from suggestions, and their name will appear as a link with their email ID linked to it. The person that is @mentioned is automatically added to your Mailto: list as well. When users get this email, they can now click on the @mentioned email ID and compose a mail of their own to the mentioned user.

The @mention feature only works on Gmail for Web, and not on third party clients like Outlook or Thunderbird. The report states that Android and iOS users will get it eventually. We see the feature working on Web, but it doesn’t seem to be active on our Android or iOS devices yet. If you add a + sign instead of @, the person will automatically be added to your recipients list for your current email. This feature is a nice addition to make the Gmail experience better, just like the Nudge feature that brings forgotten follow-up emails on top.