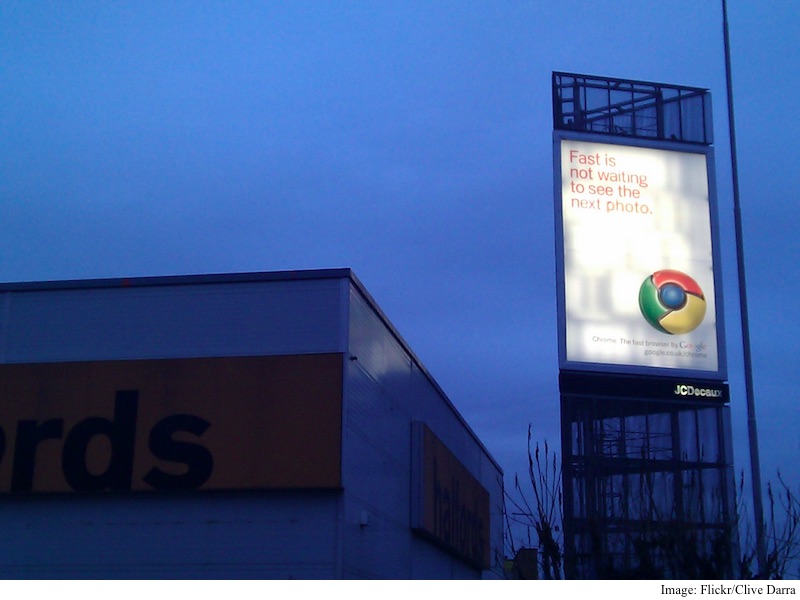 Google has made it clear that it isn’t a fan of Flash-based content, so it is going to start aggressively block it on the Chrome Web browser. The company has set a date of September 1, which is when Chrome will block all Flash content on a website that isn’t “central to the webpage.” The company had first announced the move back in June with the aim to save laptop battery life.

Starting Tuesday the company will block Flash-based content, and also pause auto-playing videos by default on non-video websites. The company had started blocking Flash content earlier this year in a beta version of Chrome. The block on Flash should significantly bolster security against malicious Flash ads while also improving the power consumption. “When you’re on a webpage that runs Flash, we’ll intelligently pause content (like Flash animations) that aren’t central to the webpage, while keeping central content (like a video) playing without interruption. If we accidentally pause something you were interested in, you can just click it to resume playback. This update significantly reduces power consumption, allowing you to surf the Web longer before having to hunt for a power outlet.”

The update will block Flash content not central to webpage by default, but if users want to enable the feature before the updated Chrome browser rolls out to them, they can go to Advanced Settings > Privacy and select Detect and run important plugin content. Once the update rolls out, the setting is enabled by default, but users can always switch back to Run all plugin content if desired.

Notably, Mozilla’s Firefox browser had during a spate of Flash vulnerabilities recently decided to block all versions of the Adobe Flash plugin in Firefox by default.

As for the advertisers, Google is recommending they switch to HTML5 ads to seamlessly continue their respective ad businesses. The company is also offering these advertisers tools to help with the transition. Advertisers who choose to continue with Flash ads are likely to see a significant drop in the user engagements in their ads.

Adobe’s Flash has become infamous for its security breaches and also resource hogging glitches. The technology has been criticised by many including late Steve Jobs (result: iPhone and iPad don’t support Flash), Facebook’s CSO, and Google among others in the past. Google ditched Flash over HTML5 a couple of years ago on its video portal YouTube.

Given Chrome’s popularity, the latest development might just be the final nail in the coffin for Flash. Chrome is the second most popular desktop Web browser available on the Web, as per marketing research firm Net Applications.