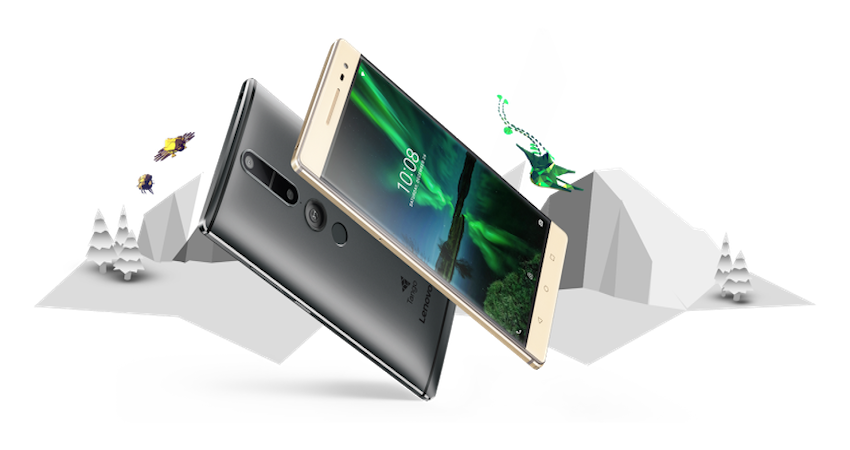 Alphabet-owned Google is shutting down its Project Tango computer vision platform (which graduatedto just Tango in June last year). Project Tango was Google’s initial effort to bring augmented reality to smartphones before it unveiled ARCore. A tweet from the official Project Tango Twitter handle, on Friday, announced that support for Project Tango will be ‘turned down’ starting March 1, 2018.

The tweet also claims that Google will continue the augmented reality journey with its ARCore technology, in the future. This development comes almost three years after Project Tango was first introduced back in 2014. 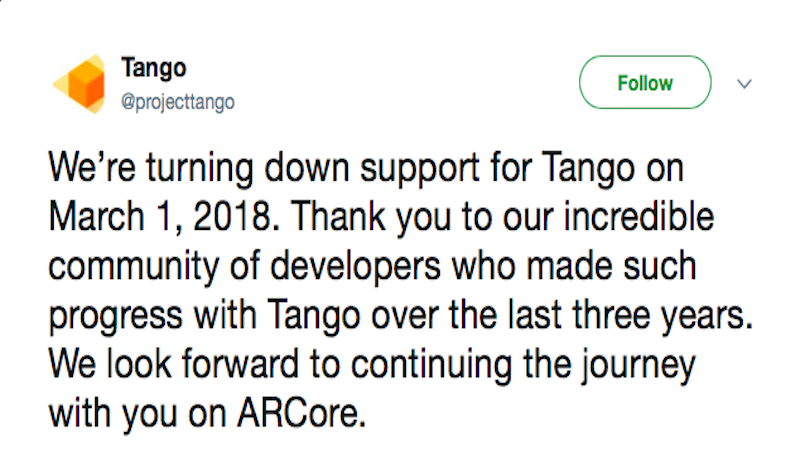 Project Tango utilised a combination of hardware and software to create AR-compatible environments with depth perception and area learning. The use cases for Project Tango were not varied, apart from a few games that took advantage of it. Tango also had capabilities that could be used to map indoor locations, which could have helped map indoor buildings on Google Maps.

Launched last year, the Lenovo Phab 2 Pro was the world’s first Tango smartphone. The Asus ZenFone AR is one of the few smartphones to be compatible with Tango that has been launched since.

Unveiled in August this year, Google’s ARCore will replace the efforts of Project Tango. ARCore will employ tools to make augmented reality apps for mobiles using the Android operating system. ARCore was initially available on Google’s Pixel smartphones as well as the Samsung Galaxy S8. Google had announced that ARCore will soon be available for most Android 7.0 Nougat phones.

Motion Tracking: Using the phone’s camera, ARCore supposedly determines both the position and orientation (pose) of the phone as it moves.

Light estimation: ARCore claims to observe the ambient light in the environment, making it possible for developers to light virtual objects in ways that match their surroundings.

Google recently introduced new AR stickers on the Pixel smartphones. The push towards augmented reality comes in the wake of the launch of Apple’s ARKit technology that is available on iOS 11 for iPhone 6s and above.