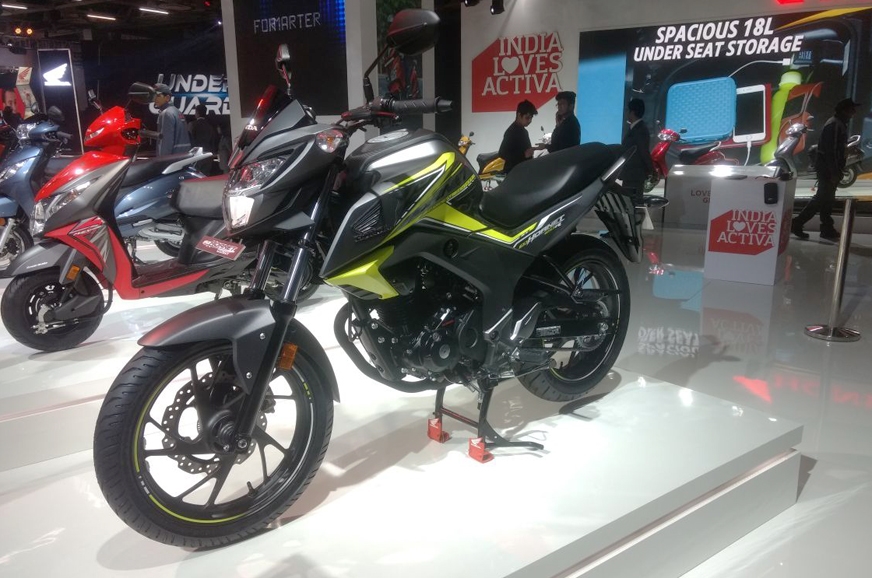 Honda showcased the updated version of the CB Hornet 160R at the 2018 Auto Expo. The new CB Hornet 160R has been equipped with LED headlight, single-channel ABS and revised instrument console. The Japanese two-wheeler giant has revealed pricing for the new bike but we expect it to carry a premium of around Rs 8,000 for the ABS version. It is expected to be launched in our two-wheeler market by March or April 2018. Also to distinguish the new motorcycle, Honda designers have endowed the new CB Hornet 160R with restyled graphics which does make the bike look good. 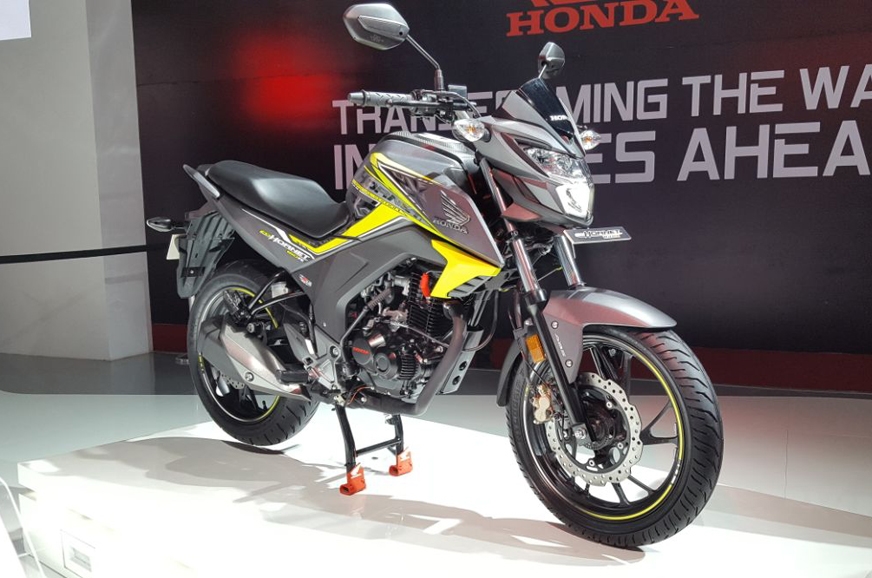 Updates made on the bike is only cosmetic and no mechanical changes have been made. It continues to be powered by the same 162.7cc, air-cooled motor as seen on the older bike delivering 14.9bhp at 8500rpm and peak torque of 14.5Nm arrives at 6500rpm. The powerplant is mated to a 5-speed gearbox. 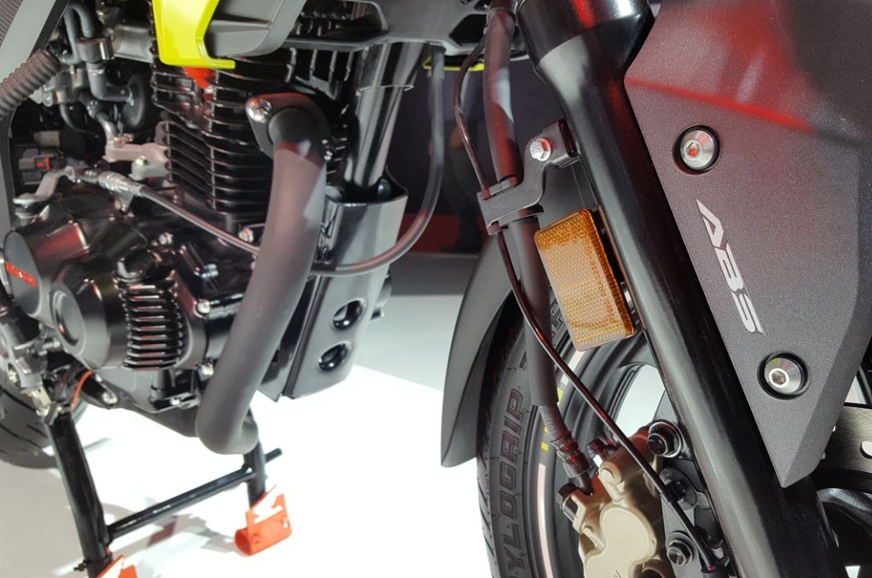 Braking is done via disc brakes on both ends (drum unit at rear on the base variant) and Honda has only offered single-channel ABS as an option to keep the price under check. The bike tips the scale at 142kg and gets 12 litre fuel tank capacity. Talking about competition, the 2018 Honda CB Hornet 160R goes up against the Suzuki Gixxer, Yamaah FZ-S Fi and the Bajaj Pulsar NS 160. Honda also showcased the new X-Blade at the 2018 Auto Expo which is based on the CB Hornet 160R, but, will be priced lower. You can read about the bike here.