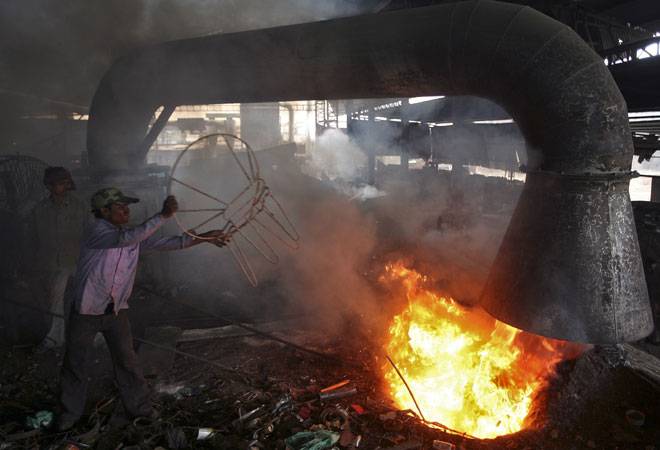 Foreign brokerage HSBC has said the country is in the midst of a “credit-less” recovery and policy reforms are the main way ahead to achieve higher growth.

Expressing dissatisfaction with the new way of GDP computation, its country economists, led by Pranjul Bhandari, estimated that the economy would clock a 7.4 per cent growth in FY16, and it would remain stable at the same level in FY17 as well.

“The current experience of the recovery resembles the well-documented ‘credit-less’ recovery phenomenon. During such phases, sectors such as investment, that rely more on external funding, take the longest to revive,” it said.

The over-capacity in multiple sectors, coupled with banks being saddled with bad loans, is adversely affecting new investment projects, it said.

It may be noted that credit growth hovering at higher single digit-figure is one of the slowest in a decade.

On growth, it said that while kick-starting stalled projects and government’s capital expenditure would help, more reforms hold the maximum potential.

“Reforms ultimately continue to be the main driver of higherpotential growth for the medium term. In 2016, we expect the government to focus on a few important but relatively non-controversial pieces of legislation such as the GST, Bankruptcy Code and RBI Amendment Bills,” it said.

The report also does not expect the government to go in for any contentious reforms on the land and labour fronts, as it lacks enough numbers.

“We expect GDP to tick up from 7.2 per cent in FY15 to 7.4 per cent in FY16 on the back of the oil bounty; (the GDP is expected to) remain flat at 7.4 per cent in FY17, as the bounty fades and exports remain weak, but support from consumption demand provides some offset; and (it would) rise quickly to 7.8 per cent in FY18, as private investment and meaningful reforms hit the ground running,” it said.

On the RBI’s rate strategy, it said Governor Raghuram Rajan would go in for a final cut of 0.25 per cent in the key rates in April, after going through the Budget fine print.

Terming it as a “fiscal trilemma”, it said the main challenge on the macro side would include meeting three competing objectives of simultaneously funding higher wages, continuing government capex and lowering fiscal deficit.

The government needs funds equivalent to 0.8 per cent of GDP through avenues like reducing government stakes across public sector enterprises and gains from food subsidy rationalisation.
[“source-gsmarena”]