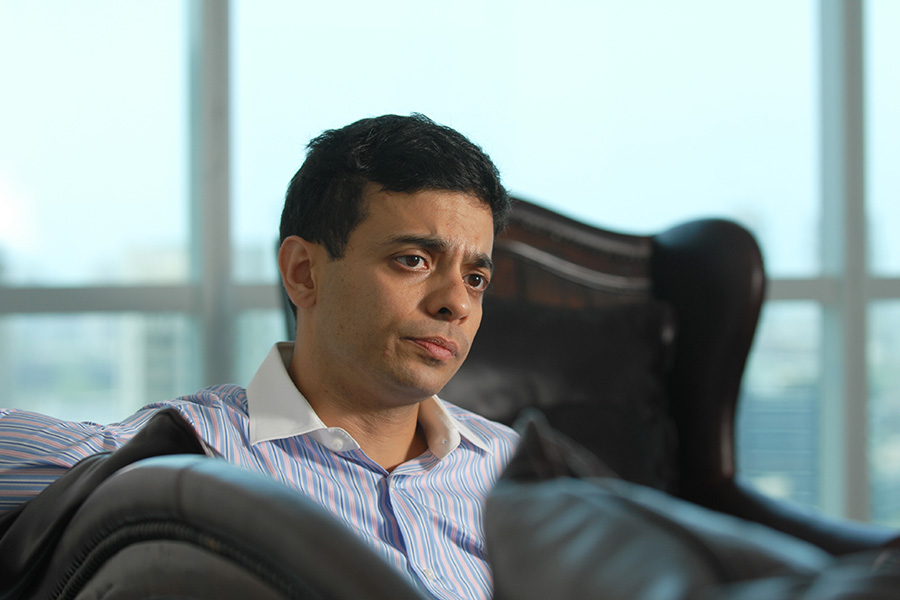 Gagan Banga, Indiabulls Housing Finance’s (IBHF) managing director, is not disappointed after the Reserve Bank of India (RBI) rejected its proposed merger with Lakshmi Vilas Bank (LVB). “Frankly, this is a relief,” Banga tells Forbes India. “After months, I sat down with my team for three-and-a-half hours and discussed business strategy and disbursal targets. We are firmly back on the growth path to becoming a robust housing finance company.” He has given his nod to open 30 new branches across India in three months. IBHF had not opened any recently as it was unsure of the branch network it would acquire from LVB.In a scenario where lending to non-banking financial companies (NBFCs) remains scarce and banks are reluctant to increase their exposure to IBHF, there is uncertainty about how the company will boost its lending activity. Banga claims he has raised over Rs 2,500 crore in recent weeks. In its last investor presentation in August, IBHF said it raised Rs 60,781 crore in the period between September 21, 2018, and June 30, 2019, compared to Rs 45,954 crore in the nine months prior to last August.For months, investor sentiment has been against IBHF. Its shares are down by about 66 percent year-to-date at Rs 220 at the BSE. Advocate Prashant Bhushan has filed a public interest litigation against IBHF promoters, on charges of financial irregularities, siphoning off funds and regulatory violations. The case is set to be heard on October 24. Banga has refuted all charges made against the company and him, including allegations of round-tripping of loans from borrowers to personal companies.He admits that the collapse of the stock price has been “painful”. “It pains… considering that we paid out over Rs 10,113 crore as dividend over our 14-year corporate history, which is now more than the stock’s market cap,” says Banga. IBHF stock’s market cap in free float is Rs 7,095 crore.“Now the market will dictate what IBHF’s future survival strategy will be, and not the top management. I see an aggressive sell-down of assets by them,” says Hemindra Hazari, an independent banking analyst who publishes his writings on Singapore-based research platform Smartkarma. He fears that financial institutions will not be keen to lend to IBHF in the current market conditions. The residual asset book will emerge to be of inferior quality, he says.“The market reputation is such that when you don’t get a loan, you go to IBHF or Dewan Housing Finance,” says a banking source. “It is not easy to predict what the true picture of IBHF’s non-performing assets is at the moment.” On total loan assets of Rs 113,189 crore, the loan assets in stage 3 are Rs 1,662 crore, which represents 1.47 percent of the total loan assets, IBHF said in its investor presentation.With the LVB merger possibility out, Banga says he has no intention of applying for a banking licence or trying to become a bank “in the short, medium or long term”. He says he took a “limited risk” through the LVB merger plan, “knowing that it could go either way”. For IBHF, the plan was that the merged entity will be able to raise low-cost funds through public deposits and a distribution franchise of LVB.What leaves Banga unperturbed is the fact that IBHF, like some other non-banking financial companies (NBFCs), has been securitising its balance sheet, which has helped it raise capital manage liquidity. Banga says IBHF’s securitisation has been to the tune of Rs 23,000 crore in the past year, close to what it managed in the previous three years. Securitisation of housing loans will help NBFCs to lighten their balance sheet and manage their asset liability mismatch (ALM).IBHF is well-capitalised at this stage of near 30 percent and had cash and cash equivalent reserves of Rs 28,511 crore as of August 2019. The jury is still out on how IBHF will fare in the coming months. The true test will always be in its ability to raise fresh capital, how it manages its ALM and to boost fresh home loan growth.
[“source=forbesindia”]
begins finances housing Indiabulls test true 2019-10-19
Loknath Das