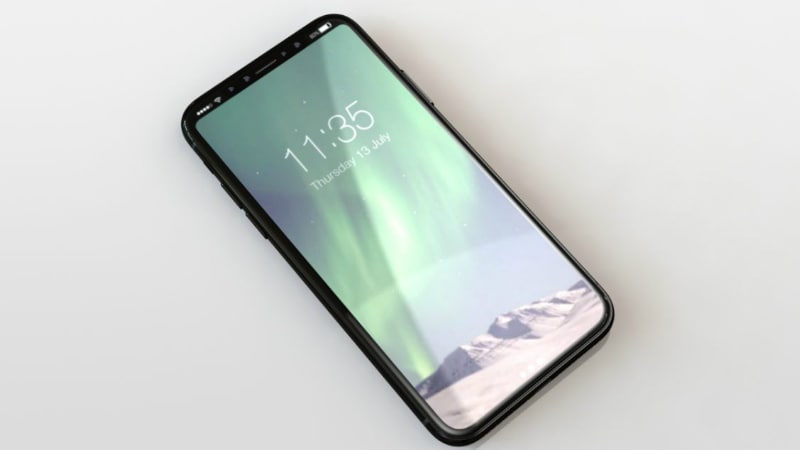 Apple is yet to send invites for its rumoured September 12 event, expected to see the launch of the iPhone 8 as its highlight. Leaks and rumour mills are now working overtime, and the latest once again claims information about the iPhone 8 price, which was previously rumoured to be more than $1,000 (roughly Rs. 64,100). A separate report also claims that Apple is planning to refresh its Apple TV set-top box as well, with the ability to stream 4K content.

The New York Times reports citing people familiar with the matter that the iPhone 8 will be priced at $999 (roughly Rs. 64,000). This is presumably for the base model, and the higher storage variants will go up to $1,100 (roughly Rs. 70,400) approximately. While earlier reports did claim that the iPhone 8 would be priced above $1,000, the base storage variant may be at $999, which is still steep, making it the most expensive iPhone from Apple ever. Currently, the most expensive iPhone is the 256GB variant iPhone 7 Plus priced at $969 (roughly Rs. 62,000) in the US. The iPhone 8 is expected to come in 64GB, 256GB, and 512GB variants. The report also claims that the iPhone 8 will come with facial recognition and wireless charging as well.

A separate report from Bloomberg claims that Apple will also unveil an upgraded Apple TV set-top box – the fifth generation – alongside the new iPhone models and Apple Watch at the scheduled September event. The new Apple TV will be able to stream 4K content, and have a faster processor as well. 4K is essentially twice the horizontal and vertical resolution of full-HD. Apple is also reportedly looking to upgrade the TV app so that it can promote and highlight services that offer live streaming as well.

Of course, for 4K to work, Apple TV users will have to plug it into a TV that is capable of supporting 4K resolution. The new Apple TV will also be optimised for HDR video streaming. Apple last updated the Apple TV in 2015, so it’s probably about time that it tweaks it a bit to meet today’s market needs. The report claims that Apple is already in discussion with content makers like Netflix and Vevo to support 4K and HDR content on Apple TV moving forward.

The September event is going to be power packed with three new iPhone models and the new Apple Watch that is expected to support LTE connectivity. The iPhone 8 is expected to come with AR features, a 3D sensing camera, facial recognition, bezel-less OLED display, vertical dual camera setup, better waterproofing, and more.