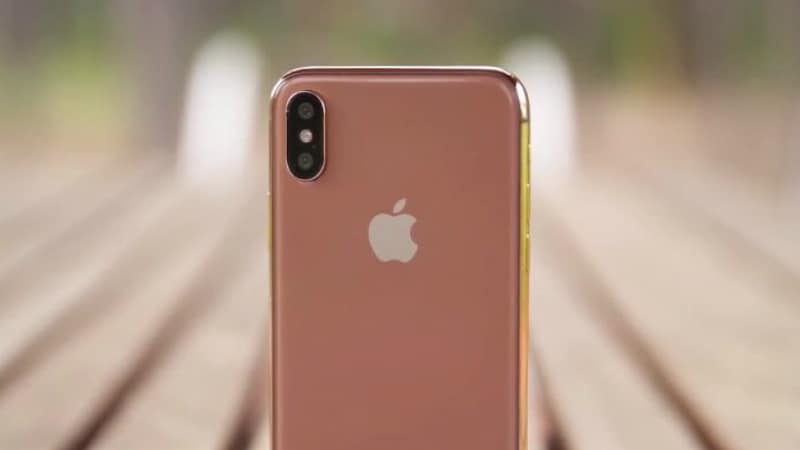 Apple reportedly has plans to release a new colour variant of its flagship iPhone X in order to “restore sales” of the premium smartphone that is priced starting at almost a thousand dollars in the US, and much more in countries like India. Online reports suggest a new colour variant will be launched soon to help boost the handset’s sales in the coming quarters. The 6th generation iPad is also said to be unveiled in March 2018, most probably at Apple’s education-focused event scheduled for Tuesday, March 27.

According to a brief report by Macotakara, Apple might be exploring a new colour option for the iPhone X that is touted to act as an agent towards restoring sales. Interestingly enough, a report from February states that iPhone X sales surpassed expectations in Q4 2017, helping it become the Cupertino giant’s biggest quarter ever. The report comes in the wake of a leak by reputed tipster Benjamin Geskin around a new “Blush Gold” iPhone X that is said to have gone into production. This will take the total colour variants to three, joining the current Black and Silver.

The Macotakara report also talks about the launch of the iPad (6th generation) in March 2018; the device is rumoured to launch at Apple’s event on March 27. It is expected to be cheaper than previous models and also come with support for Apple Pencil, earlier reserved exclusively for the iPad Pro. This corroborates a report by KGI Securities analyst Ming-Chi Kuo that claimed a 9.7-inch iPad with support for Apple Pencil will be launched soon.

To recap, Apple has scheduled two “education-focused” events for March 27 of which not much is known. While it is said to be a hush-hush series of events, we can expect the new, cheaper iPad and certain education-focused devices to make an appearance.