How do you do fellow kids? I’m sure you are all on the edges of your seats in anticipation of the most objectively correct list of the best games of 2016. Welp, here it is.

Lick my chest hair and call me daddychu. 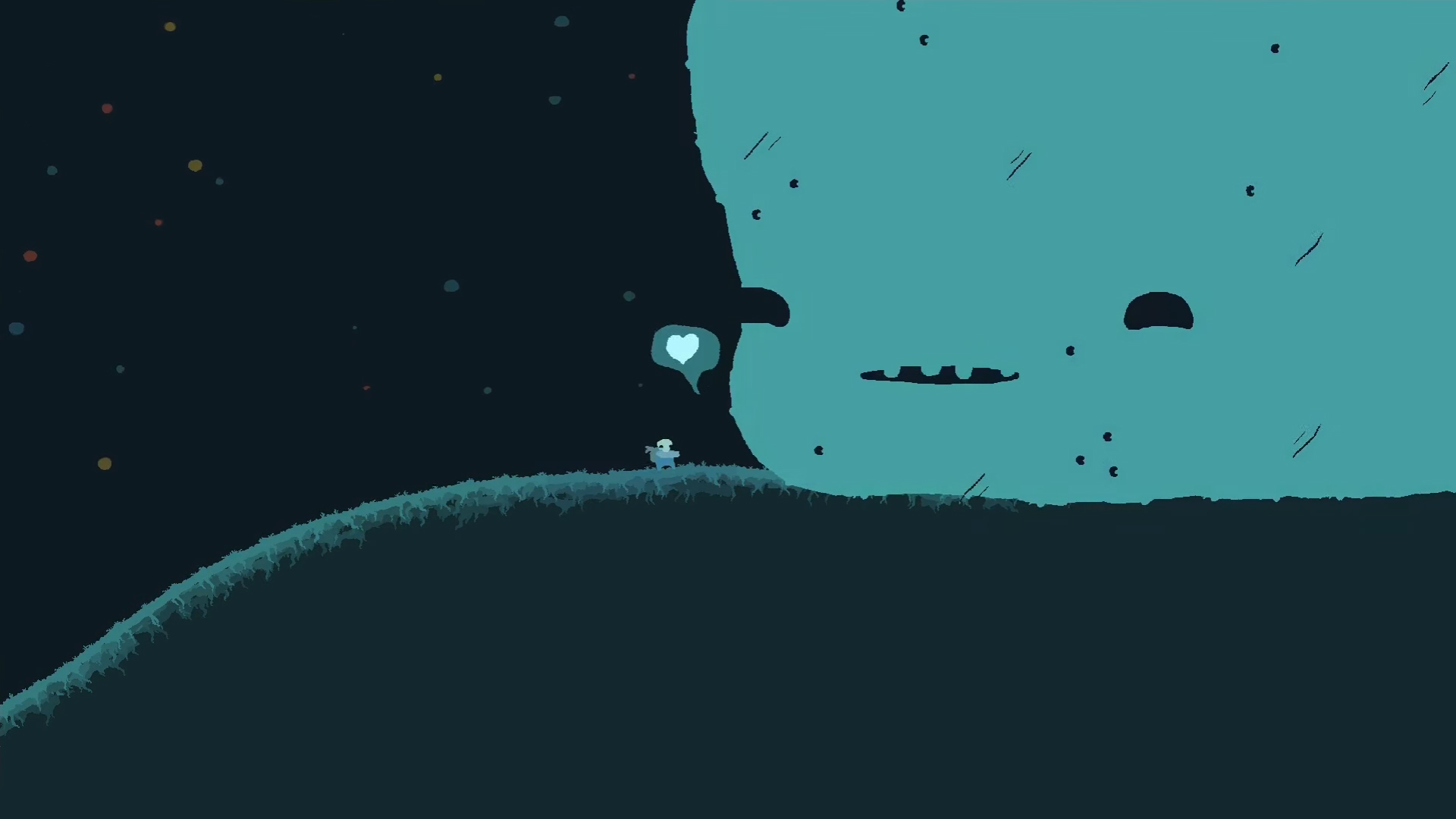 GoNNER is a game that seemingly flew under the radar for pretty much everyone but myself and Rock, Paper, Shotgun’s Adam Smith who called it “This year’s Downwell.” Developed by a single person, this rogue-lite action platformer is filled with secrets, an unforgettable soundtrack and art style, and a cute-as-heck whale. If you’re looking for something that oozes style while being enjoyably difficult, this is it. 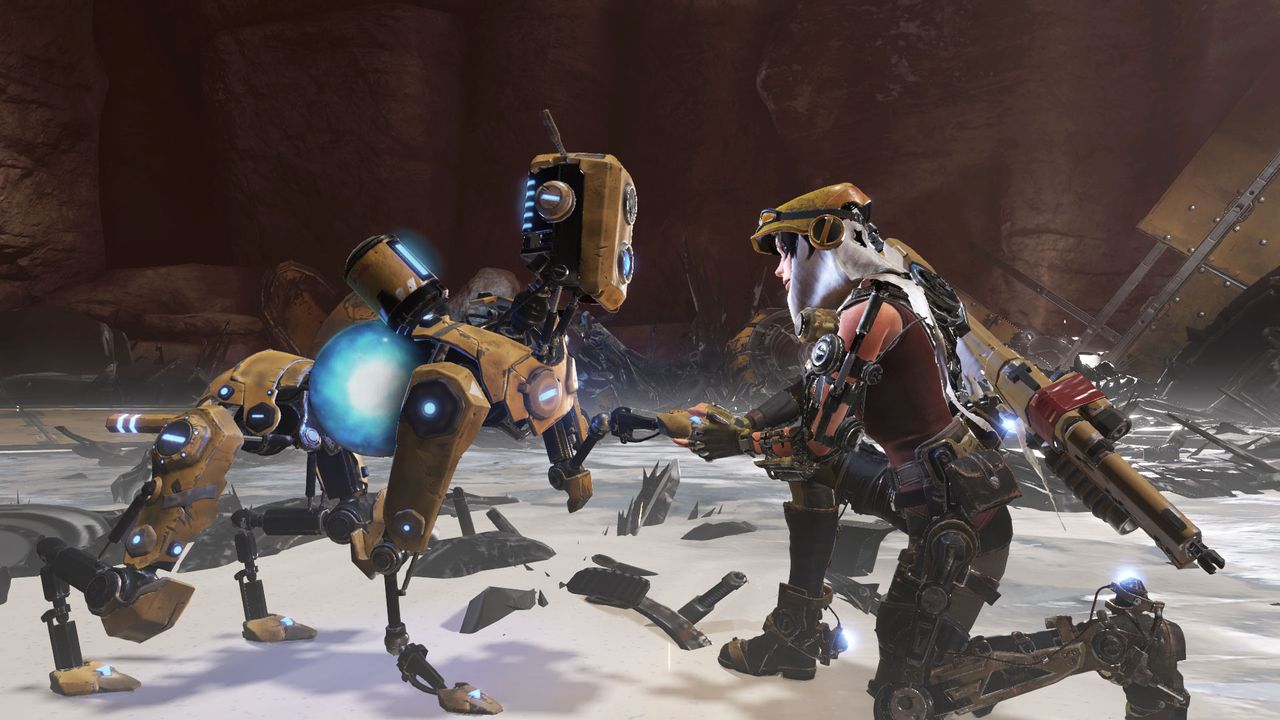 Now hear me out on this one, but ReCore is actually a pretty good game, mostly. That is if you’re the right type of person. If you like tons of collecting, challenging platforming, and cute robot buddies, you’ll probably have a good time with the first 10 hours of this game.

Launching in an unpolished and seemingly unfinished state considering on the robots from the cover wasn’t even added to the game till long after launch, it deserves all the criticism it got. However, it’s still one of my favorite games I played this year, even with its atrocious grindy ending with repetitive combat sequences that poisoned the well for many critics. Considering you can snag it for as cheap as $10 on sale, it’s easily recommendable at that price for platformer and Metroid fans.

Pony Island is a game in which you play a simple arcade game about a pony before realizing you’re actually fighting lord Satan himself in a twisted fourth-wall-breaking mindfuck. One of the most original, funny, and all-around freshest games in a long time which can be had for under $2 on Steam whenever it goes on sale. Buy it. Imagine if you will a gritty first-person Sonic the Hedgehog game that had Skyrim‘s aesthetic and Fallout‘s lore, only way smaller in scale, and you’ve got the hidden gem known as Valley. While a little rough around the edges (especially the 30fps framerate on consoles), this is another one of those games worth playing regardless due to it taking a chance and doing something different. You get a suit that was being developed by government-funded scientists and use it to run super fast, jump incredible distances, and walk on walls all with tight controls.

After trying to get into the series across multiple games, Monster Hunter Generations is the one that finally clicked for me. It is a lot more casual-user friendly and lets you skip the grinding aspect that I hated in previous titles. That isn’t to say that things don’t get hard. Oh, and you can also play as a fuck

ing cat dressed up as your favorite Nintendo characters that can drive a cat-sized tank, so there is that. 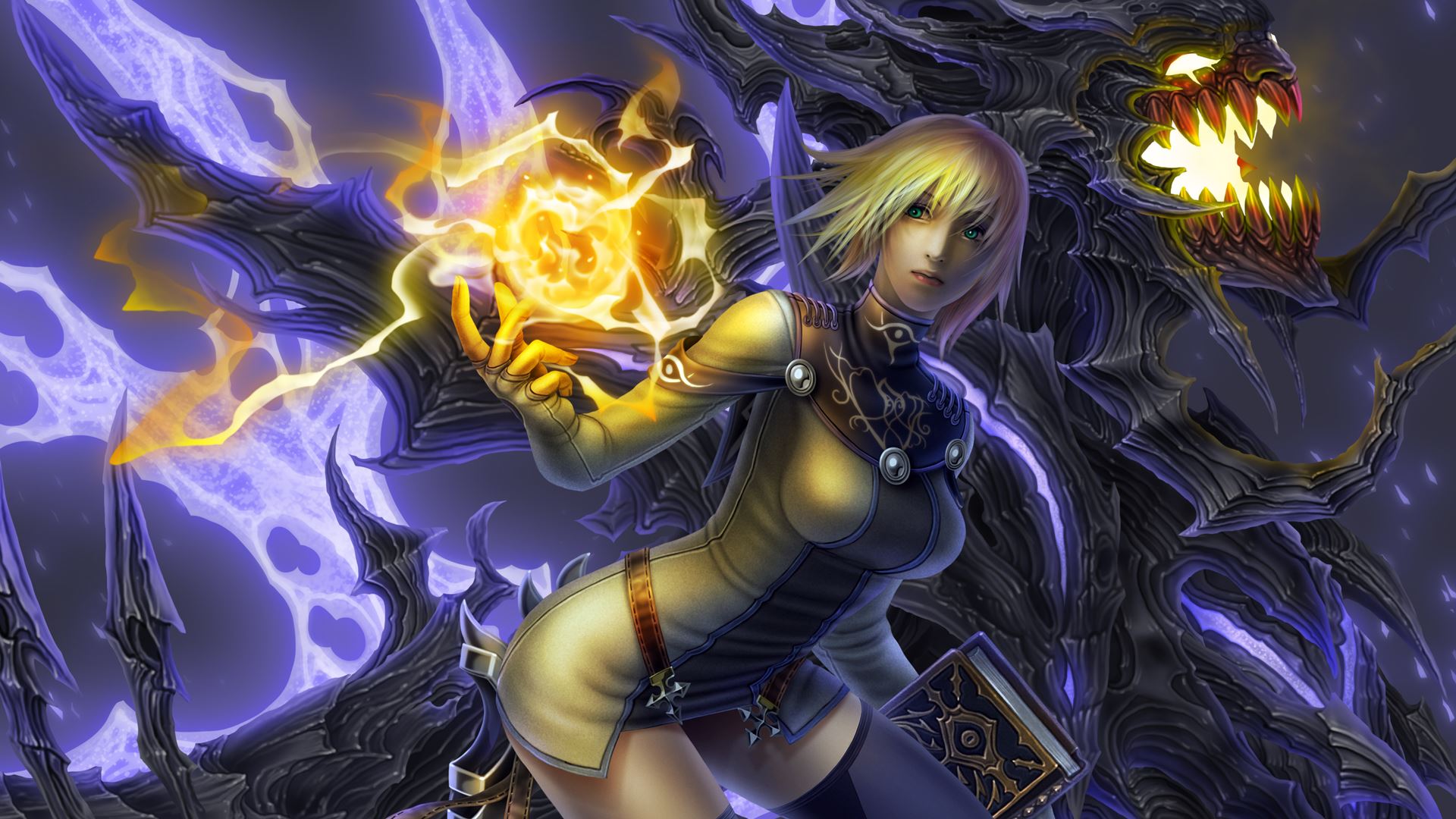 Boy, that sequel to Nier looks fantastic, eh? Well, what if I told you that there exists a budget-priced title that plays very similarly to the first game, has a nice big map, an incredible story, and tight combat? I’d imagine you’d be inclined to believe me since it is in my top games of the year and is called Anima: Gate of Memories. Just be warned, the first 30 minutes almost made me shut the game off, but after a rough start it hits its stride and is addicting.

I bought in hard to VR and I honestly regret it. Out of all the games I’ve played I’d say there’s one or two tops on each headset worth playing, but nowhere near the asking prices of the “privilege goggles.” The Gallery: Call of the Starseed is one of those games. It’s a dark fantasy adventure puzzle game that hearkens back to films from the 1980s, as another game on this very list does. If you get a chance to play it, take it. Rumor on the street is the rest of the series is going to be loosely based on classic dark fantasy films such as Labyrinth, and The NeverEnding Story. I’ll dust off my Vive for sequels for sure. 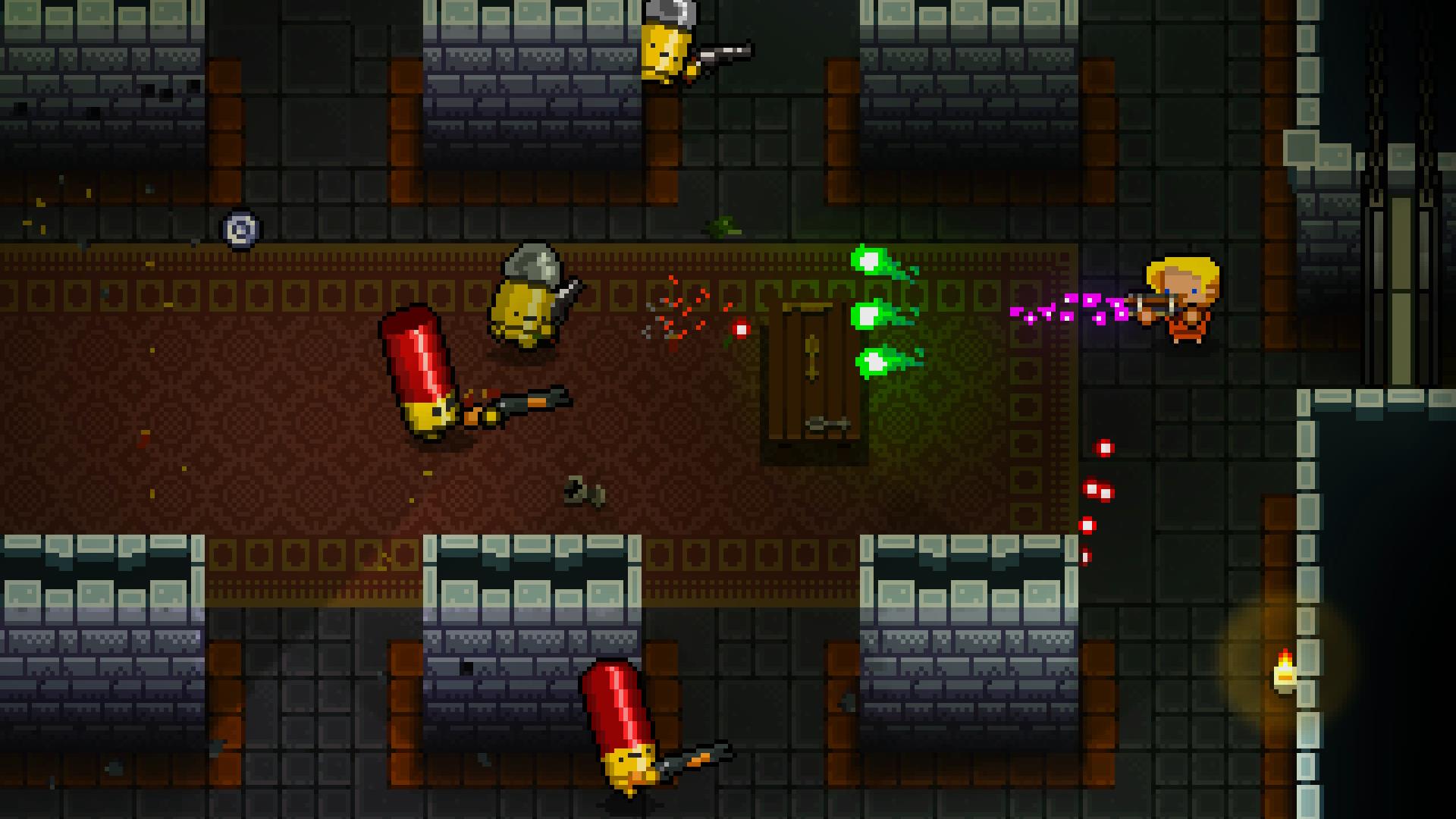 The more colorful and fun (in my opinion) lovechild of Nuclear Throne and Binding of Isaac is the adorable yet difficult Enter the Gungeon. If you’re into randomly generated levels, hoping good weapons drop, and tons of secrets and unlockables in Zelda-esque dungeons, you gotta give this one a play. I especially love the dodge roll mechanic that makes you temporarily invulnerable and the ability to flip over tables to hide behind as you push them about. Simple but effective.

Oxenfree, the other 1980s-inspired dark fantasy adventure game on my list, has a killer soundtrack, gripping story with plenty of twists and turns, and the best writing of any game I played this year. This is the Stranger Things of video games, and sadly it seems most people passed up on it. The story is essentially The Goonies meets Stephen King’s It on an island with ghosts. Sold yet? 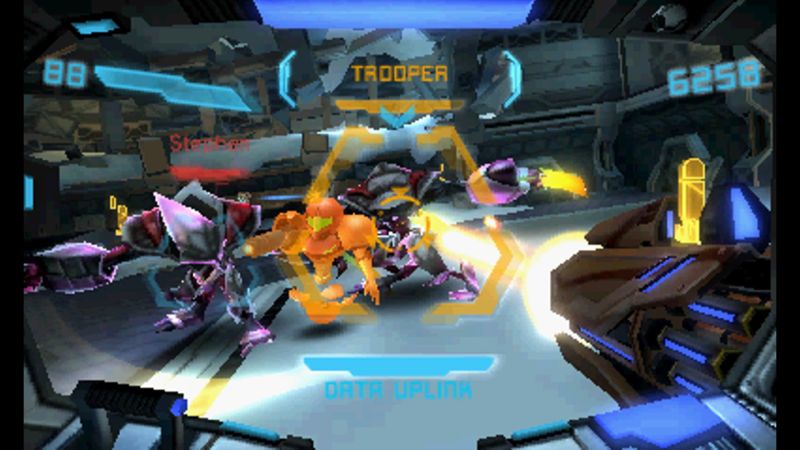 Surprise! One of the best games of the year is objectively Metroid Prime: Federation Force, regardless of any petitions for fans wanting some other mythical game they made up in their heads.

Check it, it has all the makings of a good game: an engaging story mode that can be played solo or with three other players (local or online), a frantic competitive online mode that combines soccer with a genre you wouldn’t expect (just like the highly popular Rocket League), and tons of unlockable skins. All things that people love in 2016! Plus it feels like the most authentic Metroid game I’ve played since the other Prime games, especially when played alone. You get that sense of wonder and loneliness the series is known for. Honestly, it’s the best FPS on the 3DS, though it doesn’t have strong competition. 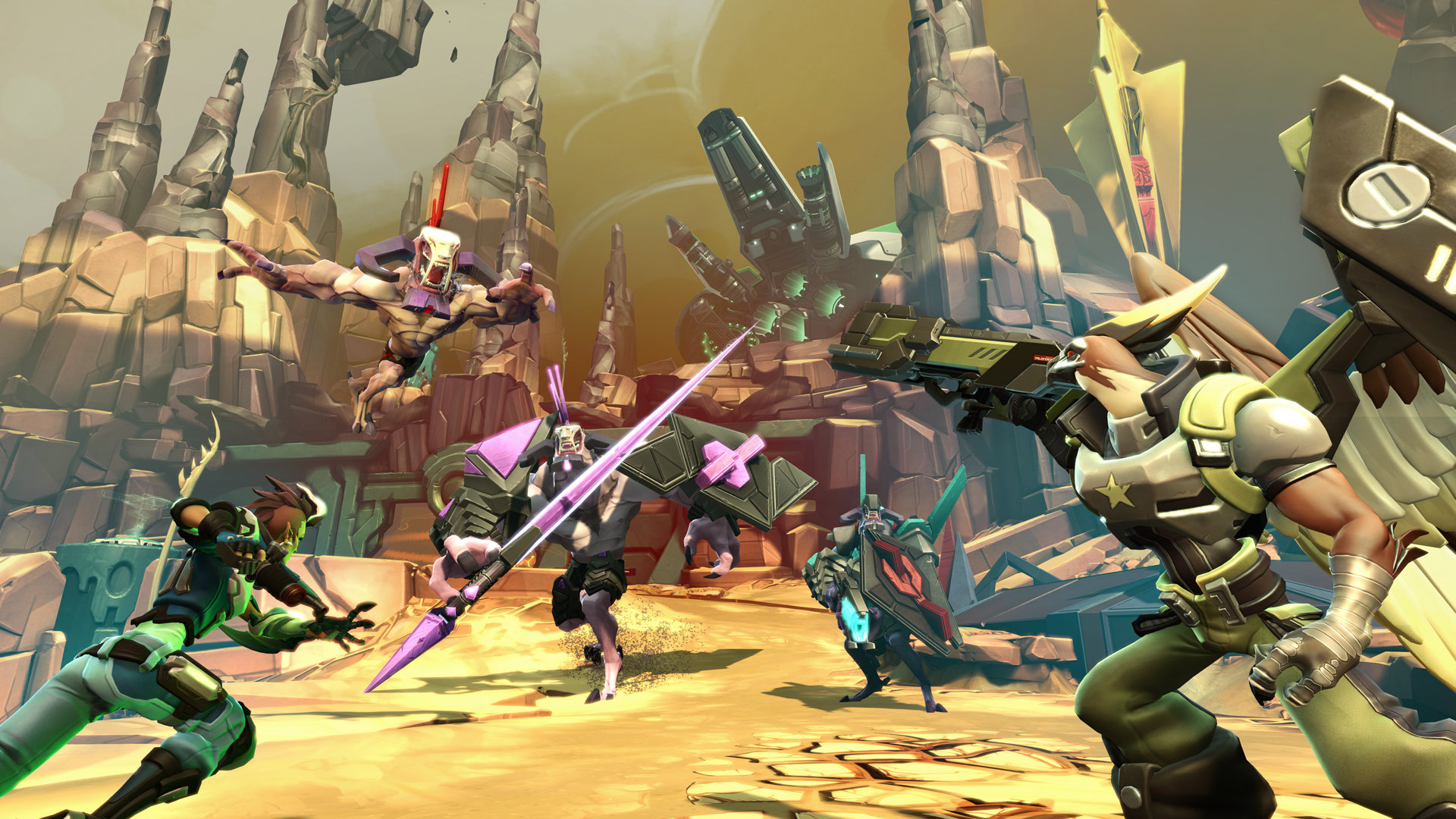 You’ll notice that the microtransaction carrot dangler Overwatch isn’t on my list because obviously, Battleborn is better than it is. Thing is, they are completely different games in adjacent genres and play nothing alike. Battleborn is more of a MOBA with a story mode and various multiplayer modes without all the hassle of most games in the genre. The characters are chatty Cathys but oh so loveable with tons of much catchier and entertaining lines than Overwatch.

If only the publishers hadn’t pitted these games against each other and let them exist on their own without some stupid war like the whole “Halo killer” Killzone bullshit, Battleborn probably would have done alright. Now there is basically no one playing on PC and the console versions are hideous and hard to play at an ancient 30fps. Even so, I love Battleborn and I just wish everyone gave it a chance instead of doing what everyone was good at in 2016: picking sides and hoping the other one dies. 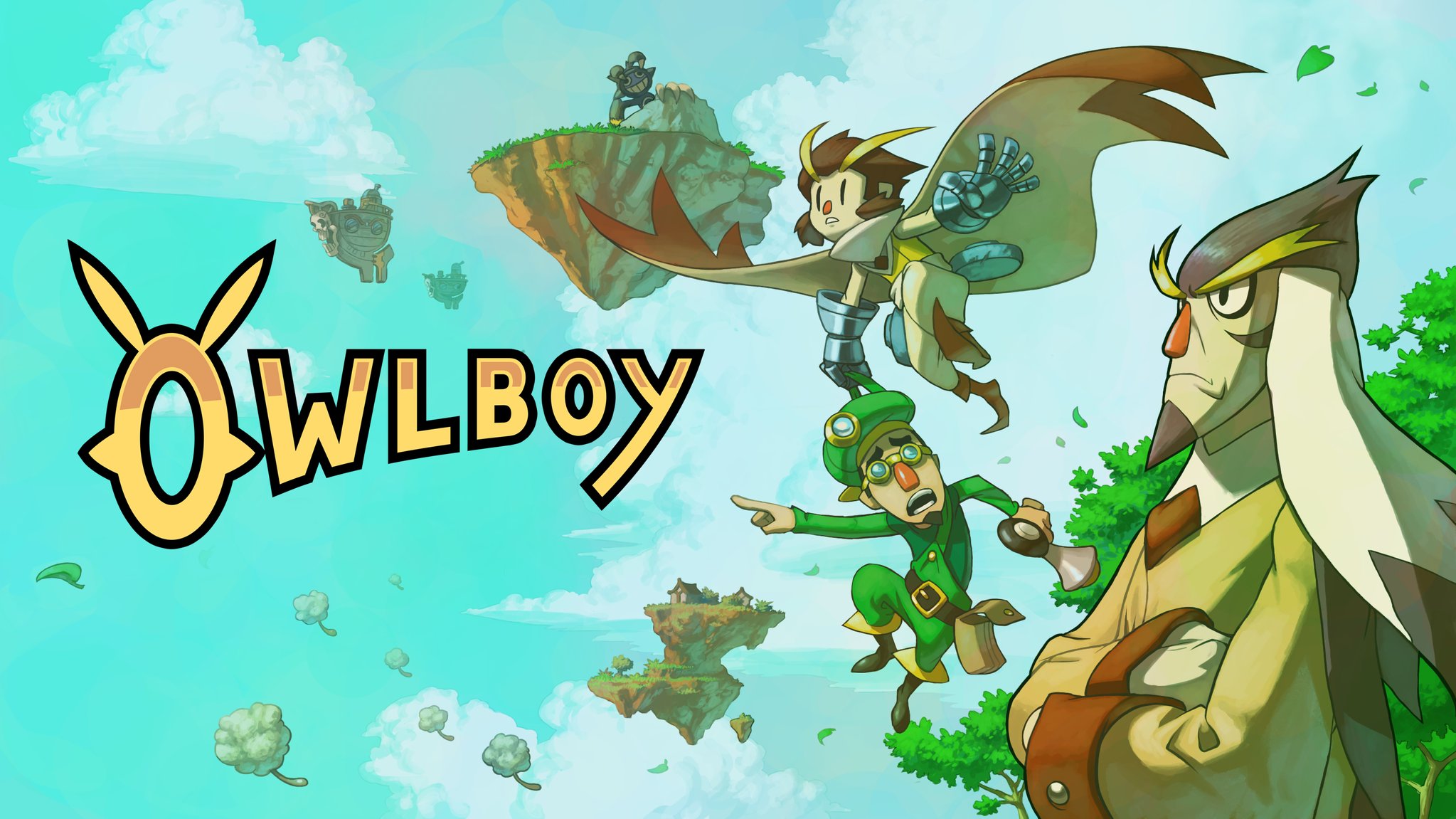 My personal pick for game of the year unsurprisingly goes to Owlboy, a game that I consider perfect, which is unsurprising thanks to its nearly 10-year development. The pixel art is some of the best I’ve ever seen, the soundtrack is up there with Zelda and Cave Story as one of my favorites of all time, the story is gripping, and the characters are memorable, lovable, and downright charming. I love Owlboy so much that I’d even go as far to say that not only is it the best game of the year, it is certainly in my top three games of all-time, if not my favorite game of all time. Please, buy it, love it, and support it. D-Pad Studio legit has earned and deserves your money.

So there we have it, another perfect list of games in a very shitty year. Some notable games are missing from this list other than Overwatch, but you can mostly assume I just haven’t had the time to play them like Doom and Titanfall 2. Also, Hearthstone is still one of my top games, but why tell you the obvious in a giant paragraph? I look forward to my list of games in 2017 that will surely include many Nintendo Switch games and a bucket-load of Steam games.