Is Komodo dragon blood the key to new antibiotics? 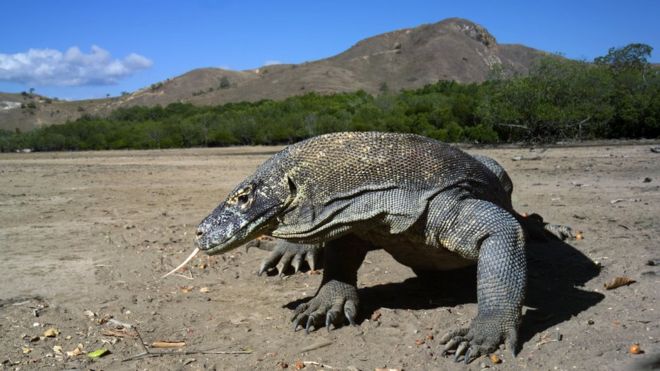 The reptile’s saliva harbours many different types of bacteria, which somehow do not affect the dragon.

Scientists at George Mason University in the US created a synthetic compound based on a molecule in dragon blood that had antimicrobial activity.

They found it promoted the healing of infected wounds in mice.

The study – published in npj Biofilms and Microbiomes – suggests that the protein could potentially be developed into an antibiotic in the future.

The scientists believe this could be a step forward in the quest to find new antibiotics that are needed to fight multidrug-resistant pathogens.

The dragons that are found on five islands in Indonesia have more than 80 bacterial strains in their mouths, including some that cause blood poisoning or sepsis.

The reptiles are not harmed by the bacteria – suggesting they are immune.

These two bacteria are particularly stubborn and hard to treat as they have bacteria that stick together to form colonies (or biofilms) that are much more resistant to antibiotics than a single bacterium.

They suggest that DRGN-1 assists wound-healing both through antimicrobial activity and also by promoting the migration of skin cells to close the wound.

Although it has only been tested on mice and on only two bacteria strains, they believe DRGN-1 is a good candidate for additional studies and possible development as a topical therapeutic agent for infected wounds.