There were plenty of leaks in the past couple of months ranging from FCC leaks and rendersto actual photos of the device but this is the first time we see a clear press image revealing every angle of the Moto Z3 Play.

As you can see from the image below, the device will stay true to its roots incorporating the same design language as the previous models. 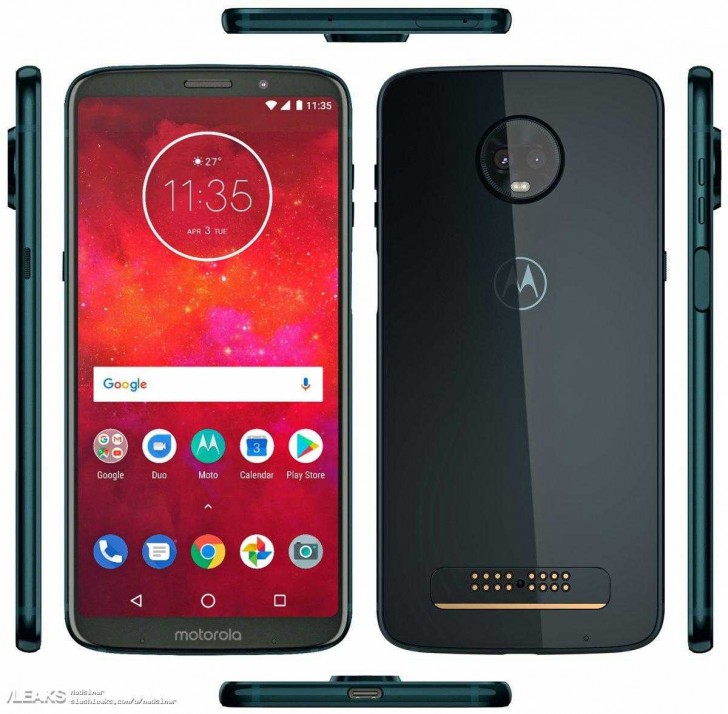 It has been previously speculated that the Moto Z3 Play will offer a tall 18:9-inch screen while abolishing the physical home button at the bottom. Well, the new render confirms that and we can clearly see the fingerprint sensor on the right side, just below the volume keys. However, it remains unclear what’s the purpose of the button on the left. It could be a power button, but a dedicated Google Assistant key seems way more plausible.

Furthermore, the device will feature three microphones – two on the front and one on the back. This suggests of enhanced voice control or even an update to the current Moto Actions feature.

As it seems, the back of the device will be made of glass and the pins for the Moto Mods are here to stay but the same cannot be said about the 3.5 mm audio jack. The thinness of the device doesn’t allow it.

We can’t wait to see what the Moto Z3 Play has in store for us. Earlier rumors suggested a price tag of around $450, so we are curious to see what kind of hardware that will get you.