The smartphone star of MWC 2017 has been announced – this is the LG G6. A ‘Full-vision’ display, water and dust protection plus some careful impact resistant design, cameras aplenty, tried and tested internals – the G6 may no longer be the flagship (the V-series will fly that banner from now on), but it sure sounds like flagships should be wary.

The rounded corners aren’t just for appearances either – such an LCD panel is more durable to drops. Speaking of durability, the back is made of Gorilla Glass 5, while it’s GG3 on top of the display. The frame is made of aluminum and special attention has been paid to the location of plastic inserts to make the whole thing less susceptible to shattering.

Oh, and in a first for a G-series phone, the G6 is water and dust resistant and carries an IP68 rating. That also means that the battery is no longer removable, and as promised there will be no Friends – the G5’s modularity experiment didn’t exactly catch on. What’s proven quite successful, however, is the dual camera concept, first implemented on the V10’s selfie shooter, and then promoted to the rear cam on the G5. Here on the G6, LG has gone for a couple of 13MP cameras, one wide-angle (125° FOV), one ‘normal’ (71° FOV), instead of the 16MP+8MP setup of the G5 and V20. As before, only the ‘normal’ one has OIS and autofocus. The front-facing camera is a 5MP 100° FOV unit – LG is big on degrees.

The G6 is powered by the Snapdragon 821 chipset – in part because Samsung is keeping early batches of the latest S835 for the Galaxy S8, in part because LG thinks optimization is more important than raw power. An ‘Advanced heat pipe’ design with a copper plate on top of the chip has been put in place to quickly dissipate heat.

There are 4GB of RAM on board the G6 and storage will be either 32GB or 64GB, depending on region. Regardless of region – a microSD slot will allow for expansion.

The G6 runs on Android 7.0 Nougat with a custom LG skin on top called Full-screen UX. It’s designed to make the best use of the 18:9 aspect and relies heavily on squares – after all, there are effectively two 1:1 squares in a 2:1 display, right? 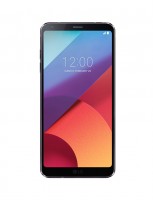 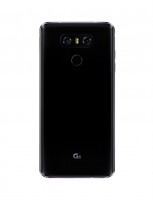 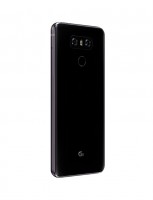 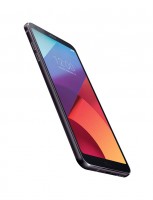 Other key selling points of the handset include a Quad-DAC, only it’s going to be available solely in South Korea. On the topic of regional features – the phone will have an FM radio receiver, just not in Korea, Canada and the US, but the US versions of the G6 will come with wireless charging capability – just the US ones, though. QuickCharge 3.0 comes standard, however, and it will fill the 3,300mAh battery in 96 minutes, and flat to 50% will take 32 minutes.