All the major Chinese makers released their 2017 flagships except Meizu. The Meizu Pro 7has appeared in numerous leaks, revealing a secondary display on the back, but is yet to officially debut. That might happen soon though as the device has just been spotted in a TV commercial. 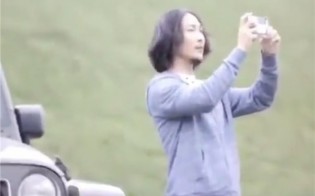 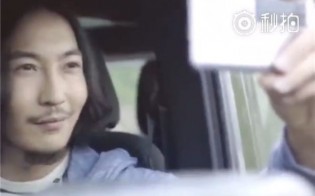 The video shows a man on a trip, stopping to take some pictures. The Meizu Pro 7’s secondary display on the back is visible in several frames, albeit not used, so we are yet to learn more of its potential usages.

For now, we’ve only seen leaks revealing its full color panel (and not e-ink), and that it could duplicate whatever is on the front screen.

The phone will be the first device to run the Helio X30 as confirmed by Mediatek. From previous code leaks, we also know the phone will have dual cameras at the back with 12 MP sensors.