Moto Z2 Force Leaked in Images, Said to Be Thinner Than Predecessor With Smaller Battery 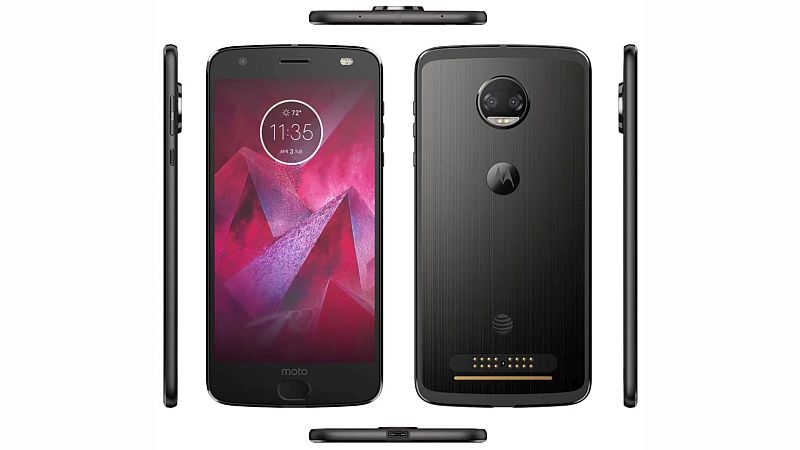 Lenovo has already confirmed an event on Tuesday where the company is expected to reveal the next Moto Z smartphone. Now, famed tipster Evan Blass in a VentureBeat report claims that the phone in question is indeed the Moto Z2 Force. He has also shared a press render with new details.

The leaked render shows the Moto Z2 Force featuring a slim profile and to come with a dual camera setup at the back. The leaked image also shows front-facing LED flash.

Blass adds that the company has further reduced the thickness of the Moto Z2 Force when comparing it with its predecessor. The report claims that the Moto Z2 Force packs a 2730mAh battery which is 22 percent smaller than Moto Z Force’s 3500mAh. The device will run on Android 7.1.1 Nougat, and will come with guaranteed upgrade to Android O.

Further, the Moto Z2 Force will be powered by Snapdragon 835 processor which will be an upgrade compared to the Snapdragon 820 seen on the original. Following suite of other high-end phones, the Moto Z2 Force will sport dual camera at the back both featuring 12-megapixel modules. The phone is said to pack a 5-megapixel front camera. The Moto Z2 Force will come with 6GB of RAM which will be standard for all regions except the US where only 4GB RAM model is launching. In terms of storage, the Moto Z2 Force is said to pack 64GB on-board storage in all markets. The report, however, says that the China version will get 128GB storage. The phone will support expandable storage via microSD card (up to 2TB). Other features like water repellant coating also likely to be present.