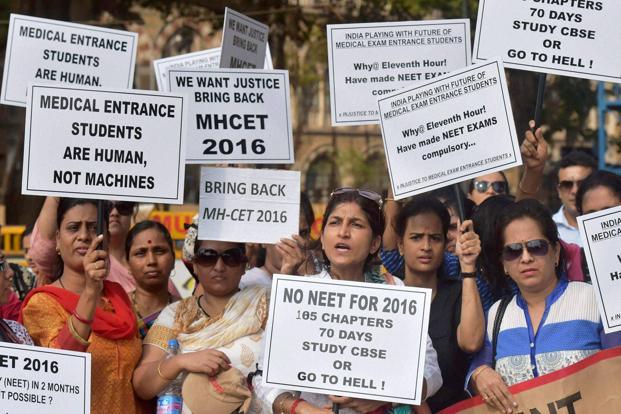 The apex court also directed the Central Board of Secondary Education (CBSE)to proceed further with declaration of result and subsequent admission as per schedule fixed by it earlier.

The Supreme Court, however, said that declaration of result, subsequent counselling and admission will be subject to its decision on the matter pending before it.

The CBSE had on Friday moved the Supreme Court seeking an immediate stay on the Madras high court order restraining the publication of results of NEET 2017 for admission to MBBS and BDS courses across the country.

The Madras high court had on 24 May granted interim stay on the publication of NEET results on a batch of pleas alleging that a uniform question paper was not given in the examination and there was a vast difference between the ones in English and in Tamil.

The CBSE mentioned the matter before a vacation bench comprising Justices Ashok Bhushan and Deepak Gupta and said that due to the high court’s order, the entire schedule of counselling and subsequent admission for medical courses through NEET has gone “haywire”.

Earlier, it was reported that the CBSE is likely to declare the results of the National Eligibility-Cum-Entrance Test (NEET) 2017 after 13 June on its official website cbseneet.nic.in.