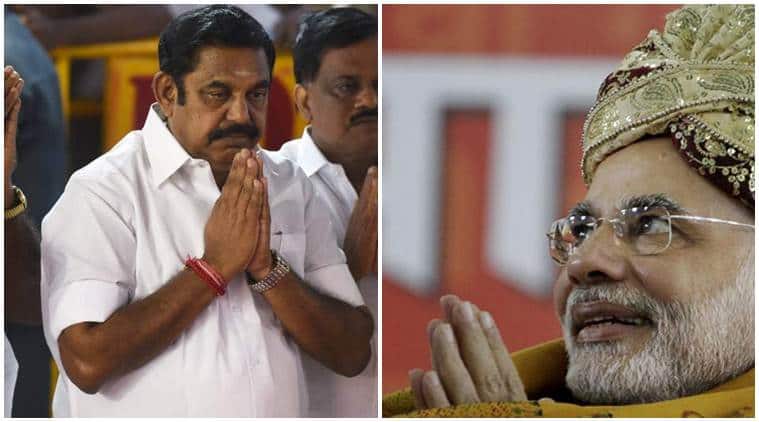 Palaniswami’s meeting with Modi comes amid ministerial delegations from the state meeting and discussing the matter with the top echelons of the Central government since last Thursday.

Tamil Nadu has been against the introduction of NEET since the beginning. The CM’s meeting also assumes significance as the opposition, especially DMK, has been training its guns at both the Centre and the state government on the issue.

On July 20, state ministers had met Modi and Union ministers for Health and HRD, J P Nadda and Prakash Javadekar, respectively, on NEET exemption. They had then submitted a memorandum to the prime minister seeking presidential approval for the two bills passed recently by the state assembly aimed at exempting the state from NEET and pending with the Centre. The bills would pave the way for the continuation of undergraduate medical admissions on the basis of Class 12 marks, exempting Tamil Nadu from the ambit of NEET.

The bills would pave the way for the continuation of undergraduate medical admissions on the basis of Class 12 marks, exempting Tamil Nadu from the ambit of NEET.

Yesterday, a group of state ministers accompanied by senior party leader and Lok Sabha Deputy Speaker M Thambidurai called on Home Minister Rajnath Singh and Finance Minister Arun Jaitley in Delhi and took up the issue. The stepped up efforts by the state government come amid criticism from the DMK-led opposition parties over its “failure” to protect the interest of the state’s students.

DMK working president M K Stalin had accused the central and state governments of “betraying” the interests of the state’s students. Medical counselling was being deferred and parents were also worried, he had said last week. The AIADMK, DMK and other parties in the state have been opposing NEET, saying state board students, especially from rural areas, would find it difficult to compete with their peers from CBSE.