No computer in 82% rural schools: Survey 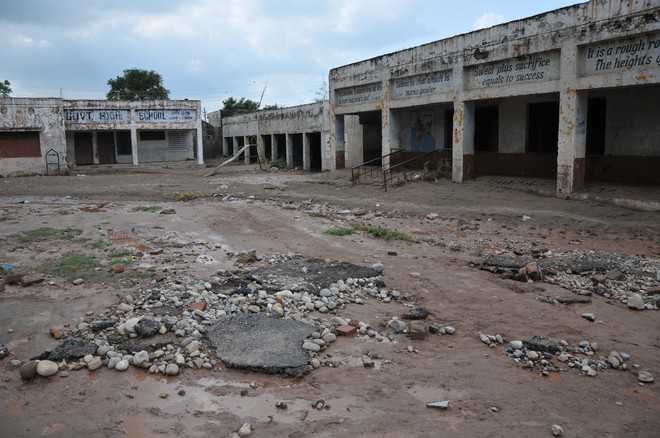 Poor condition of a government school in the Phalian Mandal area on the outskirts of Jammu. File photo

Jammu, The state has failed to upgrade the infrastructure in schools run by it. The problem, however, seems to be more in rural areas, where students are deprived of many facilities.

This has been revealed in the Annual State of Education Rural (ASER)-2018 survey, which was released in December 2018. Of the total 22 districts, the team visited rural government schools in 14 districts to take stock of the facilities.

Another cause for concern is separate toilet facility for girl students. A total of 30.2 per cent schools have no toilet for girls. Further, 7.4 per cent government schools had the facility but the ASER survey team found the toilets locked.

The survey further stated that around 36.6 per cent government schools had no drinking water facility, while 8.9 per cent schools had the facility but there was no water supply.

The learning capacity of students of government schools in rural areas was also poor, as per the survey. A total of 3.2 per cent children studying in Class III cannot even read letters, while 19.8 per cent can read letters but not words or higher.

Lack other basic facilities too