No spending increase on education in Alberta budget 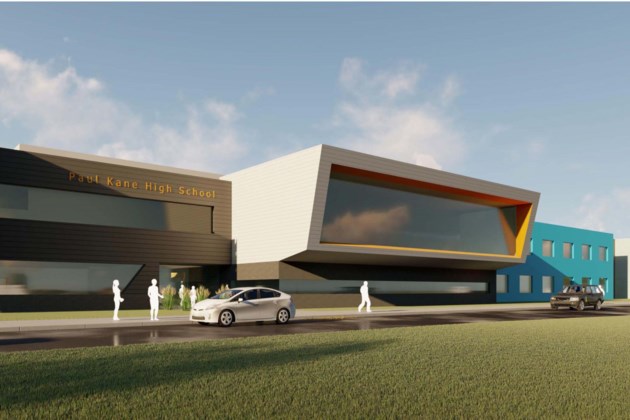 These are the draft plans for the new Paul Kane School. The province plans to maintain its capital commitments for new and modernized schools.

This is a developing story and will be updated as information and reaction from stakeholder groups becomes available.

Spending on education in Alberta won’t increase for the next four years as the provincial government works to rein in expenses.

Alberta’s 2019-20 budget was released Thursday. The budget includes operating spending for the Ministry of Education of $8.2 billion, which is in line with last year’s spending.

“Like every ministry, we’re seeking greater efficiency and less management costs, less overhead costs in the way we deliver services and any resources we can find,” Toews said.

The government is also rolling three education grant programs into one, which it hopes will give school boards more flexibility in how they address their priorities, and introducing one-time funding. Both measures are aimed at easing the pressures of growing enrolment.

The Class Size Funding, Classroom Improvement and School Fee Reduction grants will be combined to help fund enrolment growth, along with a one-time per-student transition grant, which is valued at approximately $150 million province-wide.

The province is in the midst of coming up with a new funding formula for education, and the new model is expected to be considered as part of Budget 2020-21.

Toews said the funding formula will roll out for the next school year.

The government plans to honour its commitments for new schools, which include a rebuild of St. Albert’s Paul Kane High School.

The budget outlines $1.8 billion in capital spending for school construction and modernization. That amount includes $123 million for approximately 250 new modular classrooms and $397 million over five years for 25 new and modernized school projects, the details of which will be released in coming months and years.

Alberta budget education in increase No. On spending 2019-10-25
Loknath Das