If you recall, last month, Google said that the Nexus 6 and LTE Nexus 9 will get Android 7.0 in a few weeks. Inline with that, the Nexus 6 started receiving the update earlier this week. The good news is that now the HTC-manufactured tablet has also officially started getting Nougat. 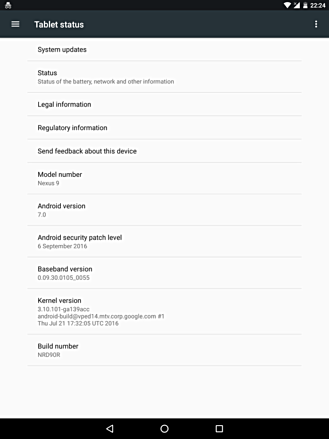 The update bumps the build number to NRD90R, and also includes Android security patch for the month of September – the security level, post update, shows a date of September 6. For comparison, the Nexus 6 Nougat update brought along a security patch dated October 5.

It’s worth mentioning that Factory and OTA images aren’t yet available from Google.