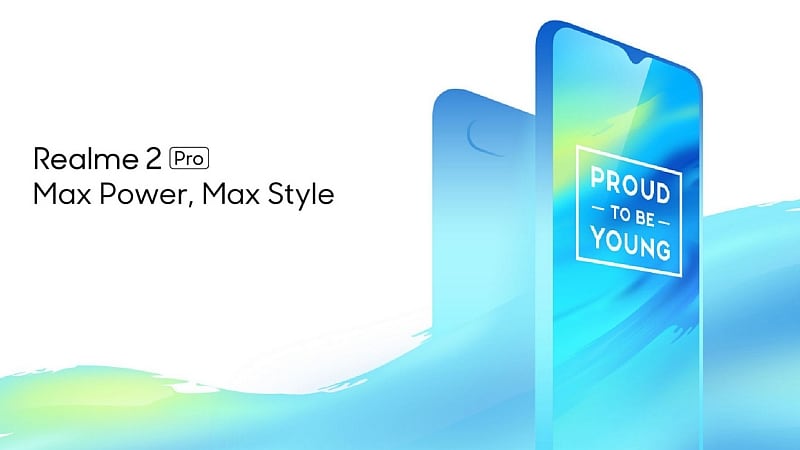 The Realme 2 Pro will be launched in India as a Flipkart-exclusive smartphone. As per a teaser on the portal, the smartphone will bring a redesign in terms of display and aspect ratio. It will also arrive with a new processor and bumped up RAM. Since the Realme 2 comes with 4GB of RAM and Snapdragon 450 SoC, the Realme 2 Pro appears to be a top-end variant in the lineup. At the time of the launch of the original Realme 1 handset, the company had said it is targeting the price band under Rs. 20,000. It is expected that the price in India of the Realme 2 Pro will be in the Rs. 10,000 to Rs. 20,000 range.

The Realme 2 Pro will sport a ‘Dewdrop Full Screen’ display and a taller than usual aspect ratio. It will be powered by the Qualcomm Snapdragon 660 processor. A Geekbench listing had previously suggested that the smartphone will be equipped with 8GB of RAM. There was also a mentioning of Android 8.1.0 Oreo.

Meanwhile, an official video teaser of the upcoming Realme smartphone had previously touted a “game-changing” experience. The video had also confirmed the waterdrop display and a circular rear-facing fingerprint sensor. Interestingly, it had hinted at a dual rear camera setup. It is expected that the smartphone will come in two different variants, one with a glossy back and the other with matte back. Furthermore, there could be a diamond-cut effect at the back panel, similar to the Realme 1 and Realme 2. As per the video, the phone may have a 3.5mm headphone jack alongside the USB port and loudspeaker grill. The new model may also improve the imaging experience through new optics.