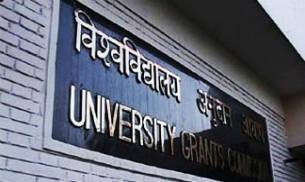 On Thursday, the Ministry Of Human Resource Development (MHRD) informed the Rajya Sabha that no proposal  has been considered to entrust the responsibility of conducting National Eligibility Test (NET) to anybody else than the University Grants Commission (UGC).

“As per directions of ministry of HRD, the CBSE has been conducting the UGC-NET examination. There is no proposal under consideration at present to entrust responsibility of conducting the exam through any other mechanism,” said minister of state for HRD Upednra Kushwaha said in a written reply.

The UGC has also revised the procedure and criteria of qualifying candidates and as such it has been decided that 6 per cent of the total candidates who appear in the UGC-NET examination will be declared qualified. Earlier the criteria involved qualifying top 15 per cent of those candidates in each subject and category, who obtained the minimum required marks in paper I, paper II and paper III according to the category of the candidates.

UGC (University Grants Commission) is a statutory organisation established by the union government in 1956. Its main objective is to provide recognition to the Indian universities and provide funds to such recognised universities and colleges.The exam is conducted in streams such as Arts, Humanities, Social Sciences, Commerce etc.