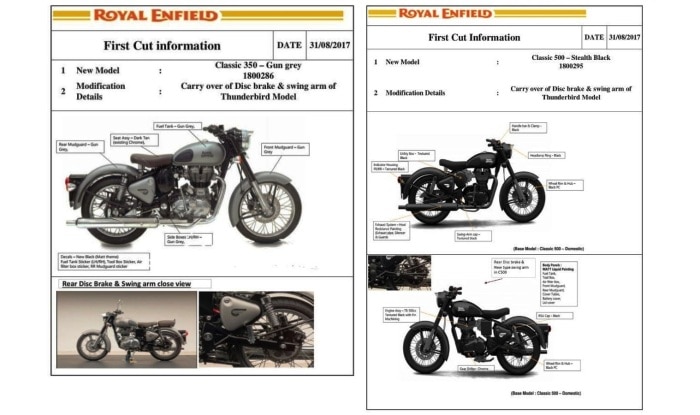 According to the leaked document, the Royal Enfield Classic 350 gets the fuel tank, front and rear mud guards and the side boxes painted in the ‘Gun Grey’ colour scheme. On the other hand, the bike gets dark tan seat upholstery from the existing Classic Chrome range while the stickers on the fuel tank, air filter box, toolbox and mudguard are painted in matte black. That said, mechanically, both bikes will remain same and will get the same power-trains with the same engine outputs and transmission options. Expect prices to be increased slightly in the region of INR 10,000 to INR 15,000.