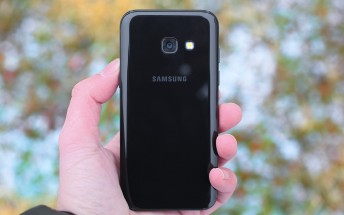 If after installing the Oreo update, your Samsung Galaxy A3 (2017) randomly reboots or is stuck in bootloop, you’re not alone. A significant number of users are reporting these issues after the update.

Last night my phone updated to Android 8 – Oreo. And today it is unusable. It keeps restarting again and again, and again. The battery drained in less than 4 hours. It constantly freezes. I did a factory reset to check if it was linked to any of my apps, but no, even after that the issues are still there. Oreo broke my phone. I bought it less than a year ago.

Curiously, some reboots are happening after connecting to specific Wi-Fi networks, like Eduroam in Europe. While Samsung hasn’t officially acknowledged the problem, a moderator on the company’s official forums has started collecting details.

It’s worth mentioning that this is not the first time users are reporting these kind of serious issues with an Oreo update by Samsung. The Galaxy S8 Oreo update and more recently, the Galaxy S7 Oreo update were both suspended for a while as some similar bugs needed squashing.