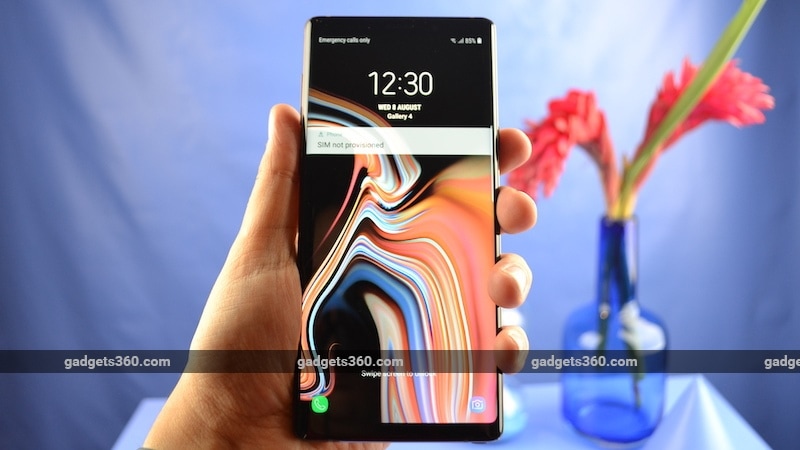 Samsung Galaxy Note 9 is officially here. After a host of leaks that outed the price and specifications of the newest member of the Galaxy Note family, the phone was unveiled at a gala launch event in Brooklyn, New York. The highlights of the smartphone are an upgraded S Pen with Bluetooth support, a bigger battery, and the biggest display yet in the Note series. Additionally, the Galaxy Note 9 supports a total of 1TB internal storage, with the top-end model that comes with 512GB of built-in storage and also supports microSD cards of up to the same capacity. As you would expect, you get other flagship-grade specifications like up to 8GB RAM, Qualcomm Snapdragon 845 SoC in the US and other markets, while the phone will ship with Samsung’s own Exynos 9810 chipset in India. While there’s no official word yet on the India launch date of the Galaxy Note 9, given the past trends, we expect Samsung India to send invitations for the launch event pretty soon.

The Samsung Galaxy Note 9 will be available in Midnight Black, Metallic Copper, Ocean Blue, and Lavender Purple colours, though the exact availability of colours may vary by region. Interestingly, the Ocean Blue model will come with a yellow-coloured S Pen, while with others the colour of the stylus will match that of the phone. The smartphone will be available in single-SIM and dual-SIM (hybrid) configurations, depending upon the markets, with India likely to receive the latter.

As rumoured, the Samsung Galaxy Note 9 packs a Quad HD+ (1440×2960 pixels) Super AMOLED Infinity Display with an 18.5:9 aspect ratio and a pixel density of 516 pixels per inch. At 6.4 inches, it’s the biggest display we’ve seen in a Galaxy Note series smartphone till date. The Galaxy Note 9 is marginally wider, thicker – and thanks to a larger 4,000mAh battery – heavier than its predecessor. At over 200g, it will be interesting to see how this impacts long-term usage, as we found weight to be a bit of a concern with the Galaxy Note 8 itself.

The all-new S Pen stylus now packs a Bluetooth Low Energy module, which enables use cases we haven’t seen before. Apart from the functions we’ve seen the S Pen perform in earlier Galaxy Note models, you can now use the stylus as a remote to control presentations as well as apps like Gallery and YouTube. Perhaps most interestingly, you can now use the S Pen to click pictures as well, pressing the button once to trigger the shutter, and pressing it twice to switch between the front and rear cameras. The Bluetooth functionality requires the S Pen to be charged, which happens automatically when you secure it inside the smartphone. Should you run out of charge, Samsung says, just 40 seconds of charging lets it be used for 30 minutes, or for 200 button clicks.

As we mentioned earlier, the Galaxy Note 9 will be powered by the Snapdragon 845 SoC (2.8GHz + 1.7GHz) in markets like the US, while countries like India will receive the Exynos 9810 (2.7GHz + 1.7GHz) variant. Samsung has announced two variants of the smartphone – one with 6GB LPDDR4 RAM and 128GB RAM storage, and the other with 8GB LPDDR4 RAM and 512GB storage. The built-in storage can be topped with microSD cards up to 512GB capacity.

DeX is now built into the Galaxy Note 9, which means you can get a desktop-like experience with your smartphone by just plugging in a monitor via a Type-C to HDMI adapter.

Disclosure: Samsung sponsored the correspondent’s flights and hotel for the launch event in New York.

Has Fortnite pulled off an epic move by abandoning Google Play and going Samsung exclusive? We discussed that on Transition, our weekly gaming podcast, which you can subscribe to via Apple Podcasts or RSS, download the episode, or just hit the play button below.