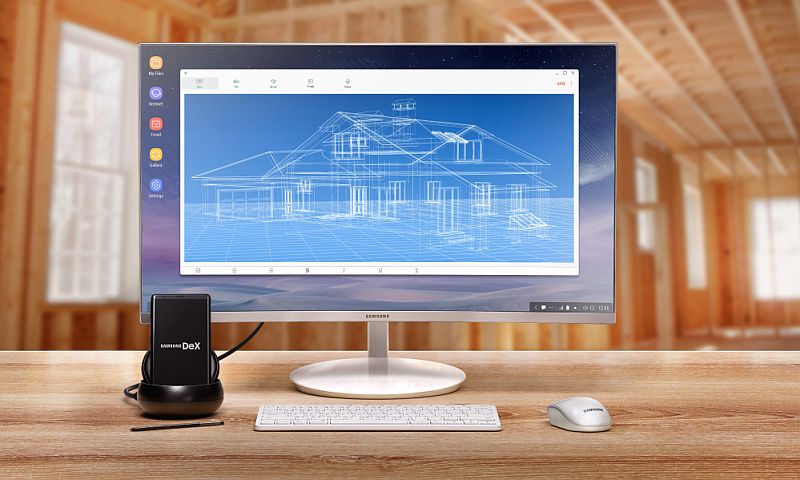 Samsung has announced that it is working on an app that will let developers run a Linux-based desktop using their Galaxy smartphones, thanks to the Samsung DeX platform. The move is clearly targeted at developers who want to run different Linux-based distributions but have limitations of PC only.

“Installed as an app, Linux on Galaxy will give smartphones the capability to run multiple operating systems, enabling developers to work with their preferred Linux-based distributions on their mobile devices,” explains Samsung. One of the biggest advantage of such a setup will be that developers can simply switch to the app to run any program they need to in a Linux OS which is generally not available on the regular smartphone OS.

Samsung confirms that the Linux on Galaxy is still “a work in progress” but developers and interested users can sign-up at seap.samsung.com/linux-on-galaxy for getting an early notification of availability.

“Linux on Galaxy is made even more powerful because it is DeX-enabled, giving developers the ability to create content on a large screen, powered only by their mobile device. This represents a significant step forward for software developers, who can now set up a fully functional development environment with all the advantages of a desktop setting that is accessible anytime, anywhere,” adds Samsung.

Unveiled earlier this year, Samsung DeX tool is currently compatible with the company’s top-of-the-line smartphones including Galaxy S8, Galaxy S8+, and Galaxy Note 8 which offer users an Android-based desktop-like experience. To get started, users have to plug the Samsung smartphone into the DeX Station, which will connect the smartphone to an HDMI compatible monitor as well as connect to any Bluetooth-enabled, USB or RF-type keyboard and mouse. With the new tool, Galaxy smartphone user can access apps, browse the Internet, send messages, and more directly from the phone on a larger display. Samsung DeX supports keyboard and mouse gestures. The service so far was limited to Windows 10 but the new app tries to bring Linux as well.