Should you be worried about Activision?

Activision-Blizzard broke an incredible streak Thursday when it reported its disappointing fiscal fourth-quarter results. For the first time in 10 years, it missed its revenue guidance, said Michael Pachter of Wedbush Securities.

And if it hadn’t been for a congressional decision in December to reinstate investment tax credits for increasing research spending, it would have missed its earnings per share target, as well.

That was just the tip of the bad news for the video-game publisher. The company’s mighty “Skylanders” franchise showed its first signs of weakness, with disappointing holiday sales; officials warned that this year’s “Call of Duty” installment will likely see a sales drop; and an anticipated game that was expected to ship this holiday season was delayed to 2017. 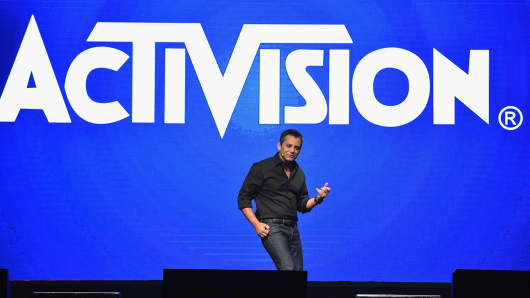 Investors — who are used to $100 million upsides to revenue guidance, not $30 million shortfalls — not surprisingly, punished the stock in after-hours trading. At one point Thursday afternoon Activision shares were down 17 percent and Friday morning it was off more than 11 percent at one point.

The disappointment and confusion is understandable, Pachter said. “2016 guidance was a hot mess,” he wrote in a note.

Still, analysts who cover the company (including Pachter) said investors might be overreacting, despite the bad news.

This year’s installment of “Call of Duty” will face some rough comparisons, since last year’s “Black Ops III” was the sequel to the franchise’s best-selling title. That means lower sales figures are something people who follow the company should have factored in already.

The “Skylanders” miss was disappointing, but the game faced stiff competition during the holiday season from Disney’s “Star Wars”-themed “Disney Infinity 3.0.” Excitement around that franchise isn’t likely to be as intense in holiday 2016.

“Guitar Hero” was a clean miss — but its competitor “Rock Band 4” also had a rough holiday, indicating that perhaps publishers’ return to music games with plastic instruments was premature.

While the short term is frustrating, 2017 is shaping up to be a strong year for Activision with the release of “Destiny 2,” a sequel to the action game from developer Bungie (the creator of the “Halo” series). And the completion of the acquisition of King (expected to occur in the coming weeks) will strengthen the company’s presence in the mobile market.

“The company still has great brands, a long-term track record, solid cash flow, and it should be able to benefit from the positive industry fundamentals and its longer-term bets over the coming few years,” said Ben Schachter of Macquarie Research.

“We continue to like Activision’s lineup for 2016 (even without a new ‘Destiny’ game), its overall portfolio depth and believe the acquisition of King Digital will prove more accretive than planned,” he said.