Sony introduced a new camera for the Xperia XZ Premium and Xperia Xzs, which fixed the corner softness that was so characteristic of Sony cameras. And now the company has fixed the remaining issue of the wide-angle lens it uses – the distortion.

Part of the Oreo update, the feature is hidden behind a toggle in the camera settings. If you’ve updated your XZ Premium, you can go ahead and enable it. 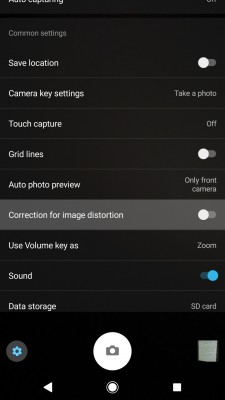 The new Motion Eye camera is also used on the Xperia XZ1 and XZ1 Compact, which already run Oreo. These will get the distortion correction option with the firmware update to be released at the end of November. As for the Xperia XZs, that’s bound to get Oreo at some point too and the fix along with it.