Sounds Of Silence: Education In The 2020 Race 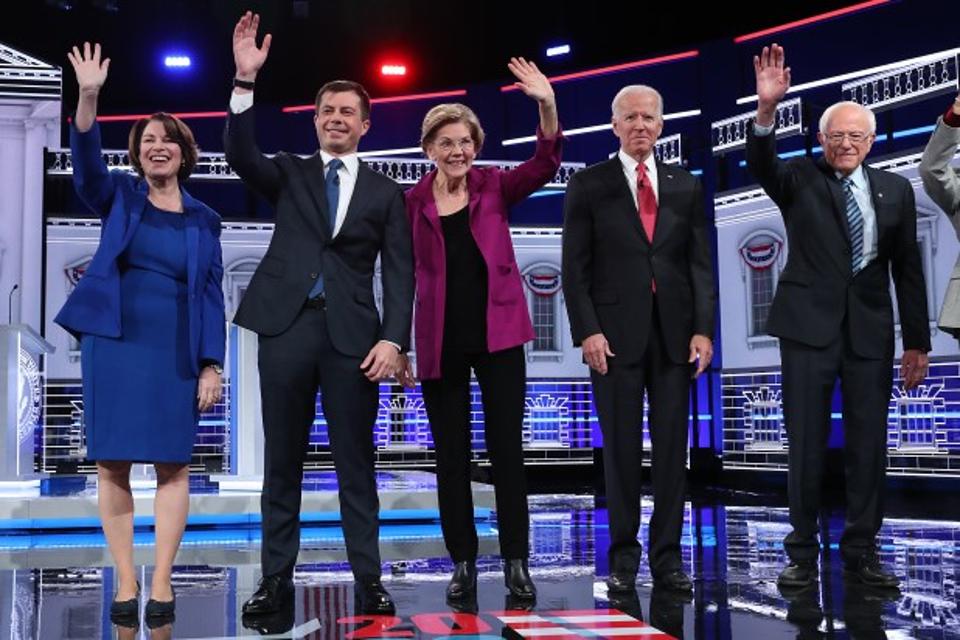 We are just days away from the next Democratic presidential debate on January 14 when the five candidates who made the most recent cut—former Vice President Joe Biden, South Bend Mayor Pete Buttigieg, and Senators Amy Klobuchar, Bernie Sanders, and Elizabeth Warren— will gather in Des Moines, Iowa to make their arguments for the final time before the polls open in February. Sadly, it is not clear they will put more focus on the most fundamental issue facing all Americans: education. No matter what your status in life, job or location, education is essential for long-term success.

In the first six debates, the hundreds of thousands of words aimed at the viewing audience consisted of hundreds of sound-bites prepped for the media, and dozens of “gotcha” questions hurled at opposing candidates. The candidates have debated now for nearly 15 hours in total, which means they have shared their views on what they consider the important issues for more than 900 minutes.

If you thought that the condition of education in America would have merited attention for a decent fraction of that time, you will be sorely disappointed.

The total amount of time devoted to discussing education has been merely 21 minutes. That’s not a misprint—21 minutes, or less than two and a half percent. The Democrats gave education the Simon & Garfunkel treatment—Sounds of Silence. When the candidates did speak of their policy proposals, they were either about higher education (making it free) or spending more federal dollars on the traditional public school bureaucracy. But mostly they mouthed platitudes that were directed to the nation’s single largest political interest group—the teachers unions.

Elizabeth Warren eschews educational options for low income parents. When confronted by a group of pro-educational freedom, African American parents, she lied about her son attending a private school. Joe Biden said charter schools would be “gone” if he were president. Bernie Sanders joined the chorus against public funding for all new charter schools, even though they are public schools. And before he exited the race, Cory Booker did an embarrassing number of flip flops on the same issues.

An American Story Of Service, Civic Engagement, And Citizenship

This kind of posturing will not cut it for America’s kids in the 21st century, a majority of whom are forced to attend schools in an education system that has continued to fail on major national and international indicators. The Nation’s Report Card, issued by the National Assessment of Educational Progress (NAEP) found that close to two-thirds of American students are performing below “grade proficiency,” with almost zero progress being made in year-over-year measurements. The ACT test, measuring college preparedness, was essentially a mirror image of the NAEP results. And the international comparison done by the Programme for International Student Assessment (PISA) reported in 2018 that America ranked 13th in reading and 30th in math globally.

But instead of recognizing that the Emperor has no clothes, the leading Democratic candidates seemed to have put their critical thinking on education into a blind trust with teachers unions as executors. They have endorsed a 19th century model of education in an era when learning can be ubiquitous and technology and brain science provides proof that learning must be diverse and individualized for students to succeed—particularly those who have exceptionalities or challenges in learning.

The U.S. needs not a one-size-fits-all education system, rigid and outdated, but a system of schools that incorporates the best we have to offer—whether it be public, private, or public charter, or in wholly new ways of learning, on school grounds, online, or independently. Our country needs education that will optimize our future international competitiveness; education that imparts excellence in critical areas of core knowledge—numeracy, literacy, science; education that imbues future generations with a civic awareness and an appreciation for American history and society—challenges and all.

Education ranks among the top five issues in many voter surveys, and at the very top of surveys of minority voters, which makes sense when one considers that it is largely minority and economically disadvantaged kids who are stuck in failing schools. The parents of these kids surely realize this, and are showing up to events to tell the politicians they have voted for, and the party minority voters most often support, that they are “mad as hell,” and they’re “not going to take it anymore!”

Hundreds of education opportunity supporters of all races and incomes stood in the rain outside the November debate at the Tyler Perry Studios in Atlanta, and challenged Elizabeth Warren in person. The protests were repeated—with even larger crowds—at the Los Angeles debate last month, with signs asking #WhatAboutUs?. Said Freedom Coalition for Charter Schools leader Howard Fuller, “We felt like there needed to be a response, and it needed to be led by black and brown people. We believe this issue of charter schools is an issue of self-determination.”

Minority parents and grandparents see the quality of education their children are often restricted to based on zip code, and know inferior education threatens those kids’ future as surely as drugs and violent crime. They see the grisly truths revealed in the tests mentioned above on a daily basis and are demanding that aspirant leaders give their children the opportunity to escape failing schools.

But the Democrats appear to be tone deaf. I know the old saying that free advice is worth what you pay for it, but let me impart this bit of wisdom to the Democratic candidates gratis: Look to Florida, and specifically the 2018 election for governor, when white Republican Ron DiSantis defeated African American Democrat Andrew Gillum by 32,463 votes out of more than four million cast.

The state’s robust education choice options were a major campaign issue, with DeSantis promising to expand them while Gillum promised to totally end them. Exit poll analysts are unanimous in the opinion that DeSantis’ win is in part owed to the votes of about 100,000 African American Democratic women who cast their ballots based on the education choice issue. Education options and excellence were more important to these women than party loyalty, and that’s how it should be for voters of all skin hues in both parties.

Speaking in the pouring rain outside the Los Angeles Democrat debate, Sarah Carpenter, an organizer of the demonstration and a leader in the Powerful Parent Network put it succinctly:

“We want to be heard. That’s all we want, is to be heard by people who may end up running the country. When parents are not afraid to stand up for their kids, that is what success looks like to me. If we don’t fight for our children, who else is going to do it?”

Who else, indeed. Thank goodness parents are making their voices heard, and breaking through the deafening sounds of silence.