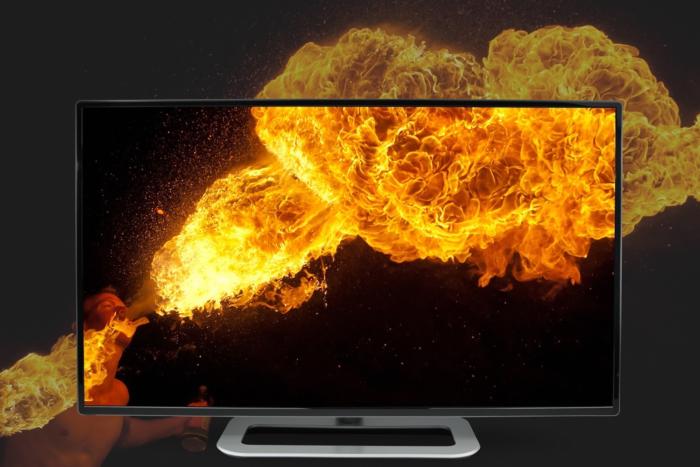 TV manufacturers pitch 4K resolution as must-have tech, but not all of the companies serving the content that gets displayed on those screens are as giddy. Streaming TV service providers are much more excited about HDR (high dynamic range).

At the Streaming Media East conference in New York in May, industry executives argued that HDR is cheaper to produce, easier to deliver, and is flat-out prettier than 4K.

The only question is whether TV vendors—and, in some instances, video providers—will bother to decouple the two technologies, or continue bundling them in order to justify higher prices.

As a refresher, 4K describes video resolution of 3840×2160 pixels (although 2160p is a more technically accurate descriptor). Quadrupling the pixel count compared to 1920×1080 resolution is supposed to make images look sharper and more detailed. In reality, those extra pixels can be tough to distinguish, especially if your TV isn’t huge and/or you’re not sitting close to the screen.

BAMTech CTO Joe Inzerillo said during a keynote speech that the better pixels of HDR win out in his mind. (BAMTech provides the streaming tech for many online video services, including HBO Now, PlayStaiton Vue, and MLB TV.)

“4K is not all that impactful from a customer standpoint to me relative to HDR,” Inzerillo said. “Take 1080p HDR and put it up against a 4K non-HDR feed, and 99 percent of people are going to say the HDR feed looks better.”

“You go into the big box store, consumers are out there going, ‘Is that HD or is it 4K?’” Bishop said during a panel discussion at the conference. “HDR, if you haven’t seen it, it’s compelling. You look at it, it’s like an SD to HD transition. It’s bigger than that.”

It’s not just a quality issue

Aside from just looking better, HDR is also more practical to deliver than 4K. On the production side, 4K is a more expensive investment, requiring new cameras that can capture in higher resolution. By contrast, today’s 1080p cameras can already capture enough dynamic range for HDR, and the format mainly requires only post-production work to deliver its benefits.