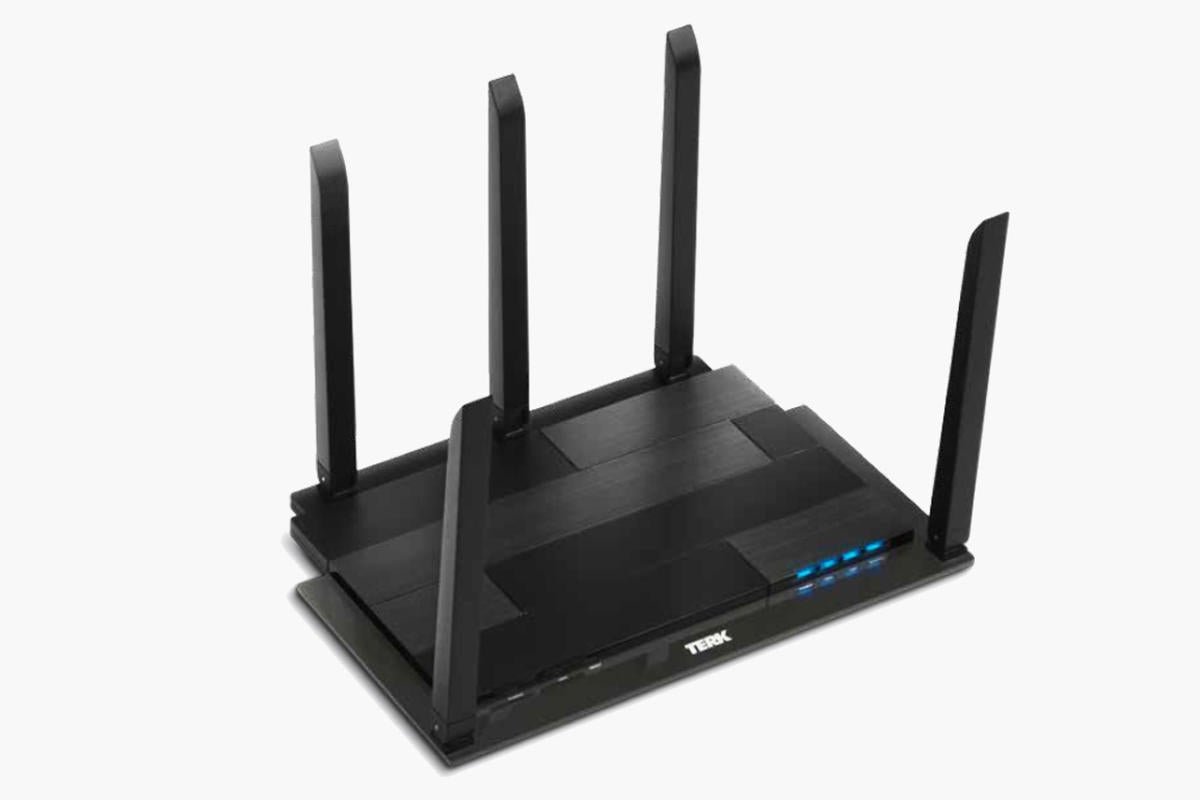 Before you cut the cord, you need to figure out two things: How you’re going to tune in local over-the-air TV channels, and how you’re going to stream TV, movies, and other video content over your network to your TV.

Terk offers one product that it says can resolve both questions: Its Trinity Xtend is both an amplified indoor digital TV antenna and a Wi-Fi range extender. Connect it to your TV and it will pull in those local channels and eliminate the dead spots that have prevented you from streaming video to your TV. Great idea, right? Well….

The Trinity Xtend ($89.99) looks very much like the standard Terk Trinity with an extra pair of antennas. It can be hung on the wall or rest on a flat surface, and its articulated antennas can be oriented accordingly. Three blue LEDs indicate the presence of power, a connection to your Wi-Fi router, and network activity. This is an 802.11n range extender, so it will connect only to your router’s 2.4GHz radio. Terk also offers a dual-band 802.11ac range extender, the $129.99 WITRIAC, which we have not reviewed.

Thanks to its inline amplifier, the Trinity Xtend rated to receive over-the-air signals from up to 65 miles away. That’s the longest range of any indoor antenna I’ve tested so far. You can flip a switch to disable the amp, but you’ll still need AC power for the range extender, so I suggest you leave the am powered for the best reception. The antenna is capable of receiving 1080-resolution signals, and is ready for whenever networks start broadcasting in 4K.

The antenna is very easy to set up, but you’ll need Terk’s free app (available for Android and iOS devices) to configure the range extender. Plug the Xtend’s wall wart into an AC outlet, connect the coax cable to your TV’s antenna input, and put your TV into channel-discovery mode. I was impressed with my results: The TV found 25 of the 32 broadcast channels available in my area. HD channels came in clear and without interference, and the remaining channels also showed up without issue. More than satisfied with the Xtend’s performance as a TV antenna, I then packed it up and sent it to Michael for Wi-Fi testing.

To configure the Trinity Xtend as a range extender, you need to open your smartphone’s Wi-Fi settings and scan the airwaves for the Trinity Xtend (you’ll find the Xtend’s network name and password printed on the bottom of the antenna). The app will help you connect the range extender to your Wi-Fi router’s network (you’ll need its SSID and password as well). Once I’d connected the Xtend to my Linksys WRT1900AC router’s 2.4GHz Wi-Fi network, I proceeded to connect my laptop to the Trinity Xtend. I opened a web browser on my laptop and was able to get on the internet. So far, so good.

No one would connect a client to a range extender in another room when the alternative is to connect the client to the router in the same room, so my first benchmark result somewhat meaningless. When the client is in the great room, on the other hand, it’s much closer to the range extender than it is the router—and yet TCP throughput was three times faster when the client was connected to the more distant router.