The need for reforms in healthcare finance 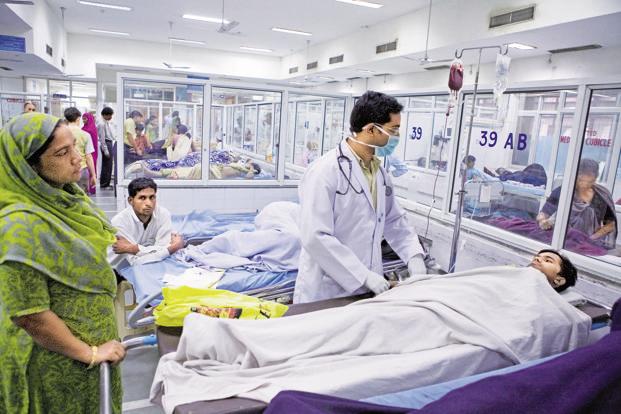 The Centre and state governments are experimenting with several new and exciting ideas in healthcare reforms. What is missing, however, is a serious reform agenda for health financing. The last big reform was expanding the coverage of the Rashtriya Swasthya Bima Yojana (RSBY) from Rs30,000 to Rs1 lakh, reinforcing insurance as the long-term strategy for health financing. However, the experience of several countries has revealed that this is a perilous path—taking India towards a bad equilibrium. Depending on the route, India could end up spending either 18% of its gross domestic product (GDP) on health like the US or just 4% like Singapore to achieve similar outcomes.

The current “system” of health financing is largely out-of-pocket payments, with tax breaks provided for health insurance. The National Sample Survey data shows that Indian households are increasingly relying on their own income and drawing down their savings to finance healthcare expenses. This holds true for both rural and urban households.

The overall out-of-pocket spending for households has risen significantly since 2005. This is mostly from a rise in inpatient department expenses because outpatient department spending has not changed much since then. The data also shows a significant increase in use of services associated with insurance, and in particular a significant increase in hospitalization. While this could mean that people suffering from ailments are more likely to be treated if they are covered by insurance, it could also mean that insurance schemes are being designed to incentivise hospitalization. This could potentially explain the massive increase in Caesarean section deliveries in India over the last 15 years.

Insurance is widely recognized as a poor model for healthcare financing because it suffers from serious information asymmetries. In a voluntary insurance market, there is an adverse selection problem where people who buy insurance on average are sicker than the average population. This makes the pool of insured more risky and thereby makes pricing of insurance difficult. Most developed countries have, therefore, made health insurance mandatory.

The other big worry is a moral hazard. Clients and doctors are incentivized to over-use facilities, thereby driving up health costs. Neither have the incentives to control costs, making the insurance system unsustainable. This is not to say that the problem is insurmountable. There are developed countries which have tax-funded, pay-as-you-go, single-payer systems where governments pay citizens’ healthcare costs. While most of these countries have well-run government systems, they are currently facing a sustainability crisis.

India’s poor record in healthcare governance inspires less confidence in its ability to successfully pull off a universal healthcare system with the government as the single payer. But this deserves a serious thought, given the transformational mood in the nation.

India must also be open to experimentation with newer products of healthcare financing. Medical savings accounts (MSAs) is one such product. Singapore adopted MSAs in 1984, and presents a success story. Its healthcare outcomes are comparable to most developed countries, while its spending is significantly lower. Following Singapore’s success, China has also adopted MSAs for urban areas. These are complemented by high deductible insurance (after a large amount has already been paid from the MSA) and a government fund to pay for those who cannot pay for themselves. Given India’s large population below and around the poverty line, it could do the same.