Top five upcoming sports bikes in India
As the biking culture is gaining popularity in India, numerous people are upgrading their daily ride with faster sports bikes. That’s the reason more manufacturers are entering the segment with various advanced models, ranging from 150cc to over 1000cc bikes. However, here we will talk about the most celebrated range of sports bikes in India which comes under Rs 4 lakh. If we talk about the existing options, KTM Duke and RC twins, Bajaj Pulsar RS and NS 200, Yamaha ZRF-R15 and -R3, and the TVS Apache RTR 200 4V are some familiar names in the market. Now, some popular manufacturers are lining up even more advanced, all-new models for launch in India and we believe these models look interesting enough to make you hold your buy till their entry. So, let’s have a look on such five upcoming sports bikes along with a brief introduction.
Along with an expected launch by mid-2017 (within 1-2 months), some recent reports claim that a few dealers have already started booking for the first full-faired Benelli to be in the country – the Tornado 302R. The bike was first showcased at the 2014 Auto Expo without the ‘R’ suffix and came back at the 2016 edition with new graphics and some minor mechanical changes. 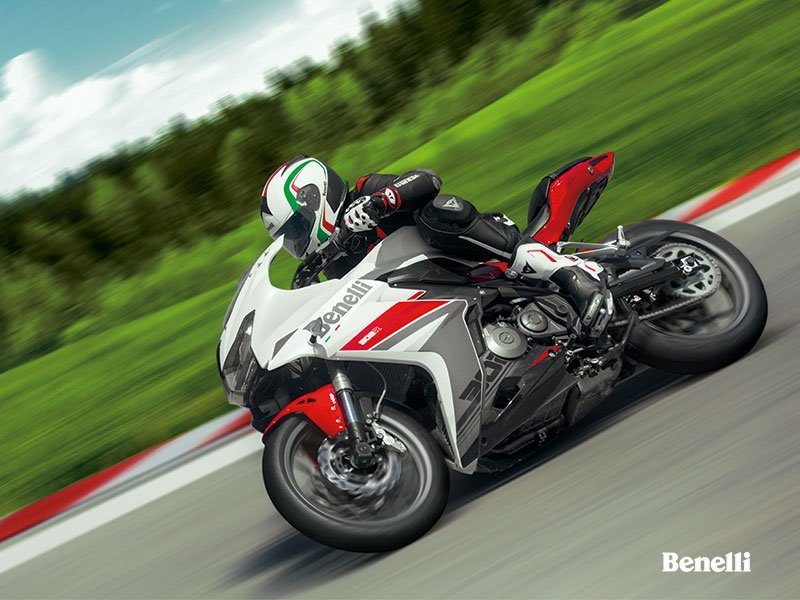 If you are thinking that it’s just a faired version of the TNT 300, have a look at its all-new trellis frame, lighter wheels, longer swingarm and other components. However, underneath a refreshing design is the same sweet 300cc, twin-pot motor that powers its sibling with 38PS, coming at 11,500rpm. The liquid-cooled motor delivers 26.5Nm of peak torque at 10,000rpm which is managed using a six-speed gearbox before going to the rear wheel. While its direct competitor will be the Yamaha YZF-R3, people buying the KTM RC 390 can also consider it being a fresher model. The Benelli Tornado 302 R can be expected to get a price tag of around Rs 3.5 lakh and the advantages of choosing it against its rival will be inverted front forks, preload adjustable rear monoshock and the dual petal disc brakes on the front wheel.

We don’t need to tell why Yamaha YZF-R15 is the most popular faired motorcycle in India even after 6 years of its last major update (Version 2.0). Though it is not officially confirmed, some reports claim that the bikemaker is now planning to bring the third generation model of the bike in the market by the end of this year or early-2018. The bike has been already unveiled in Indonesia and Vietnam. The V3.0 is bigger (30mm longer, 55mm wider and 65mm taller) and agiler (20mm shorter wheelbase) against the V2.0, and it looks like a baby YZF-R6 (previous generation). 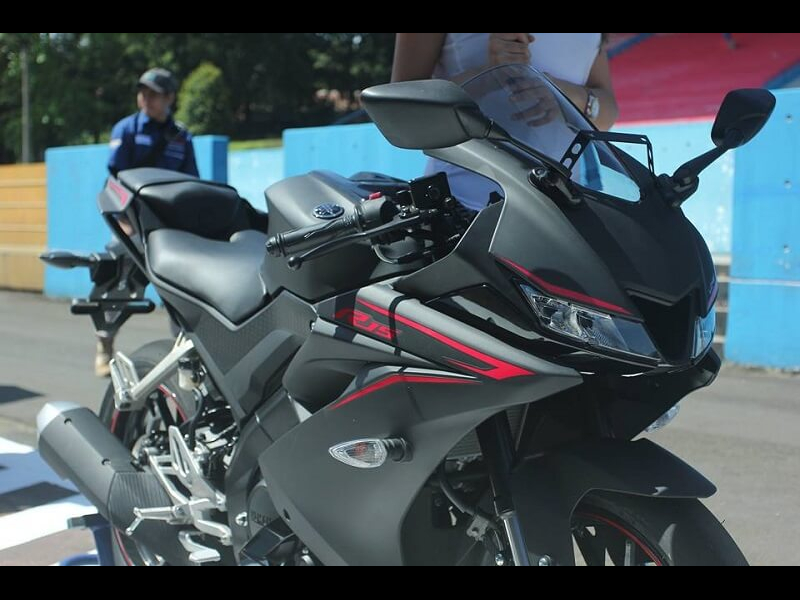 The new LED split headlamp, separated by a central air vent and the sharp tail makes it a looker. The updates are not limited to the cosmetic part only but there are a lot of mechanical changes implemented as well. The powermill itself is a new 155cc engine equipped with VVA (Variable Valve Actuation) technology. The motor puts out 19.3PS at 10,000rpm, over 2PS more than the existing version, while the peak torque output is almost similar with 14.7Nm coming at 8,500rpm. The tyres also go meatier with 100/80-17 front and 140/70-17 rear. Other perks added to the upcoming Yamaha R15 V3.0 are the inverted front forks, new fully digital instrument cluster with shift timing light and slipper clutch fro aggressive gearshifts. The added feature will also raise the price a bit and the bike is expected to be priced at around Rs 1.5 lakh. The only direct rival of the R15 in India is the Honda CBR 150R which has already been discontinuing and there is not any report on the launch of a new model till date.

One of the most waited motorcycles of 2016 was the BMW G 310 R roadster, however, the bike is still looking its way to the Indian shores. If the latest reports are believed, the launch of the bike has been pushed to 2018 as the company is currently focusing on a stronger dealer network in the country. The German automaker has joined hands with TVS Motor Company for manufacturing of its most affordable sportbike in India and it can be expected to carry a price tag of around Rs 2.2 lakh here. 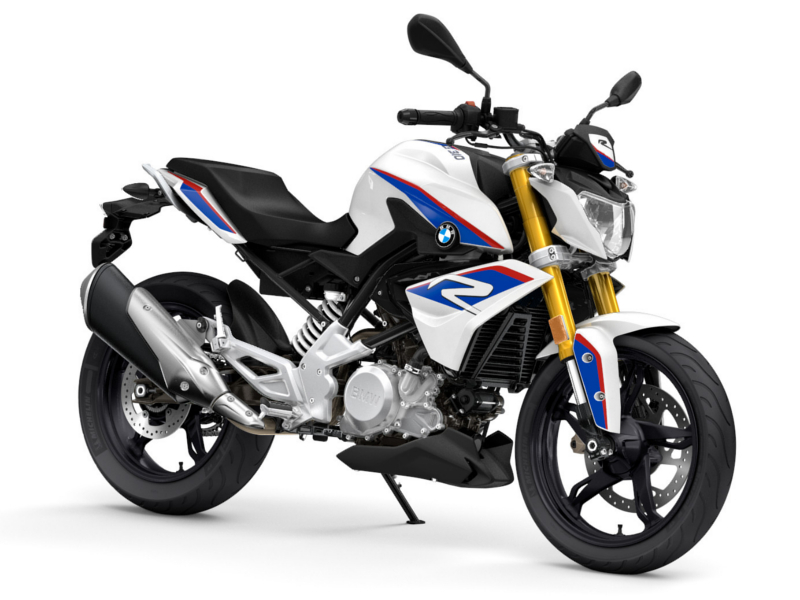 Showcased at the 2016 Auto Expo, the naked sportbike gets its aggressive styling inspired by the bigger S 1000 R. The features a conventional streetfighter design with a muscular tank, low-set headlamp and minimum body panels. Powering the bike is an all new 313cc, liquid-cooled, single-cylinder engine that is set to deliver 34PS and a maximum torque of 28Nm, which are not the best but quite decent in the respective segment. Talking about the cycle parts used, BMW has tried to put some of the best — such as the 41mm inverted front forks and Brembo brakes — within the cost limit. On the name of features, the G 310 R gets a fully-digital console and dual-channel ABS which is among the most useful ones in a motorcycle. Checking the competition, we have the successful KTM 390 Duke along with the Mahindra Mojo which is still striving for survival in the market. However, the fan following for the brand and the right pricing will surely add to the success of the BMW G 310 R in India.

Don’t get confused with the name, this is what the production version of the TVS Akula will be called according to the latest reports. The upcoming Apache RR 310S will be the flagship model of TVS after its launch that is speculated in the second half of this year and it will be priced very competitively. With a cost expected near to that of the KTM RC 200, the bike will be a very strong challenger against the players like the KTM RC 390, Yamaha R3 and the upcoming Benelli Tornado 302R. 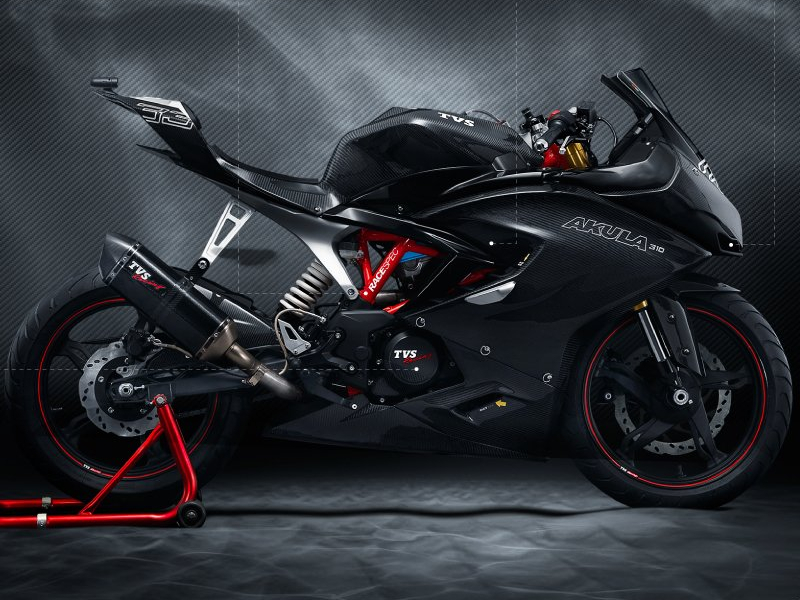 As the BMW G 310 R based Akula showcased at the 2016 Auto Expo was a racing concept, there will be noticeable changes in the production bike. The bike will get a relaxed seating geometry along with a pillion seat. It will also receive split pattern headlamp unit on the sporty fairing and a well incorporated LED tail lamp. Besides these and some other minor updates, the bike will retain the same beefy USD forks, large Brembo disc brake and the lightweight alloys which were among the highlights of the concept. The Apache RR 310S will sport the same 313cc, single-pot motor that is developed by BMW fro its entry-level motorcycles. However, the state of tuning might be different for the TVS bike.

Yamaha Fazer 250
The hottest news in the Indian two-wheeler industry is the spy pictures of the Yamaha Fazer 250. Yes, the Japanese is testing a faired version of its latest entrant in the market — the FZ25. Interestingly, the upcoming motorcycle is a full faired sports tourer, unlike its existing 150cc semi-faired sibling.
As it looks like just a faired version of the company’s new streetfighter, all the specifications are expected to remain untouched. The bike will sport the same 249cc, air/oil-cooled engine that makes 20.9PS and 20Nm, and all the other equipment, cycle parts and the body panels will be also similar, except the front fairing. The most pleasing point of the FZ25 is its sweet motor that delivers a good peak torque that too at just 6,000rpm, proving an impressive long ride experience. Adding a fairing in the package for air protection will definitely make it a good option for touring. However, the actual details on the bike will come out once the company will officially unveil the Fazer 250.
[“Source-timesofindia”]
Bikes five in India sports top Upcoming 2017-07-06
Loknath Das