TVS recently upgraded the Apache RTR 4V in India with additional features and new looks. The Apache is one of the most sought-after motorcycles in India by the enthusiasts and so are the Bajaj Pulsar and KTM Duke. Interestingly, all the three bikes have a 200cc version in the market. But which one offers what? Let’s find out.

Which one looks better? Of the three, the Apache RTR 200 4V is the newest product in the segment. Even though the new Apache has not received extreme changes, but the subtle changes made to the bike are enough to get it noticed. The Apache RTR 200 4V looks very aggressive. It gets an angular headlamp with a visor on top. The all-black theme of the TVS Apache RTR 200 makes it look very sporty. Details like golden coloured forks, tank extensions, faux air vents in the rear cowl and sharp body graphics help to make the Apache RTR 200 stand out in the crowd. 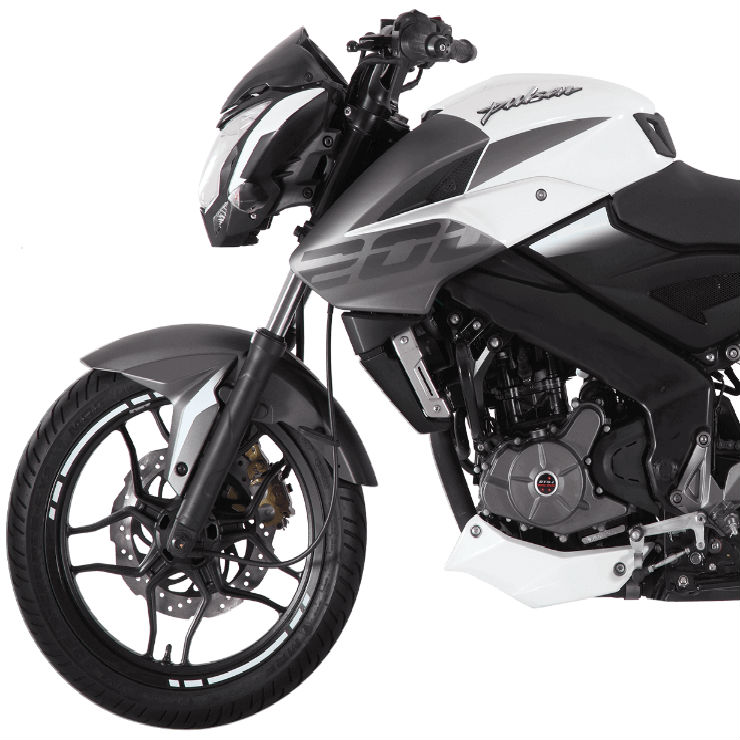 The Pulsar 200 NS has been around for a while now without any major changes done to the design. The Pulsar 200 NS follows a bulky built design with a bulgy tank and extensions. The headlamp is again angular with a short visor atop. The Pulsar also follows the all-black theme and is the only in the segment to offer dual tone paint scheme that looks quite good. The motorcycle also gets twin-spoke alloy wheels that are the best looking one in the segment. 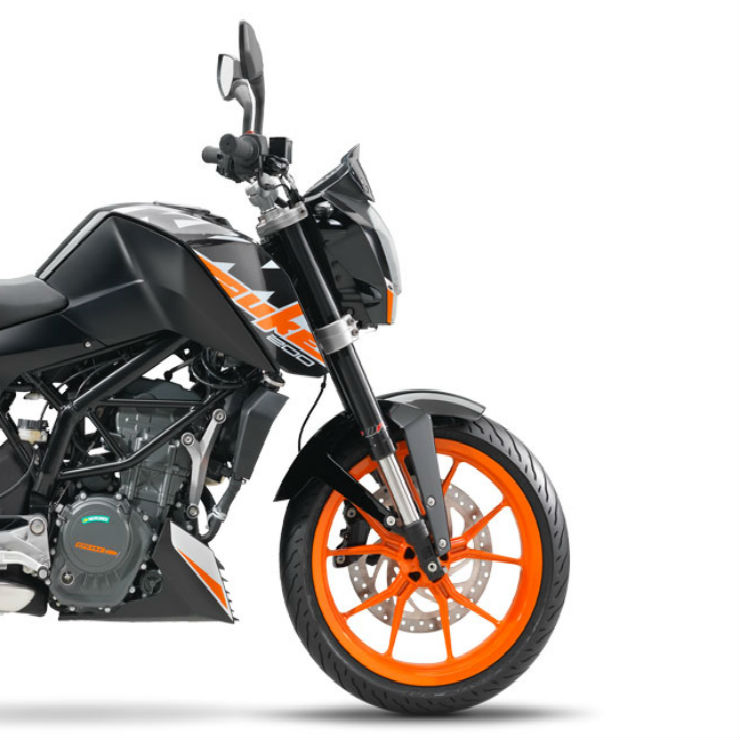 KTM 390 Duke got a major upgrade last year, however, the same is not the case with the most affordable KTM in India. The 200 Duke continues to get the vertical headlamp set-up with a very sharp design on the body. The 200 Duke’s contrasting orange wheels go quite well with the body lifts the overall looks of the bike. The 200 Duke gets big moniker on the tank too.

While 200 Duke does not look exciting enough, the Apache RTR 200 sure turn the heads. The Apache is also the most compact bike in the segment with the shortest wheelbase. It sure steals a lot of looks from the road users.

The Apache RTR 200 is powered by a 197.5cc, single-cylinder, four-valve engine that produces a maximum of 20.5 Bhp and 17 Nm. It gets a 5-speed transmission and an Anti-Reverse Torque slipper clutch. The Apache is the only bike in the segment to get a slipper clutch. It gets both the fuel injected and carburetted option. 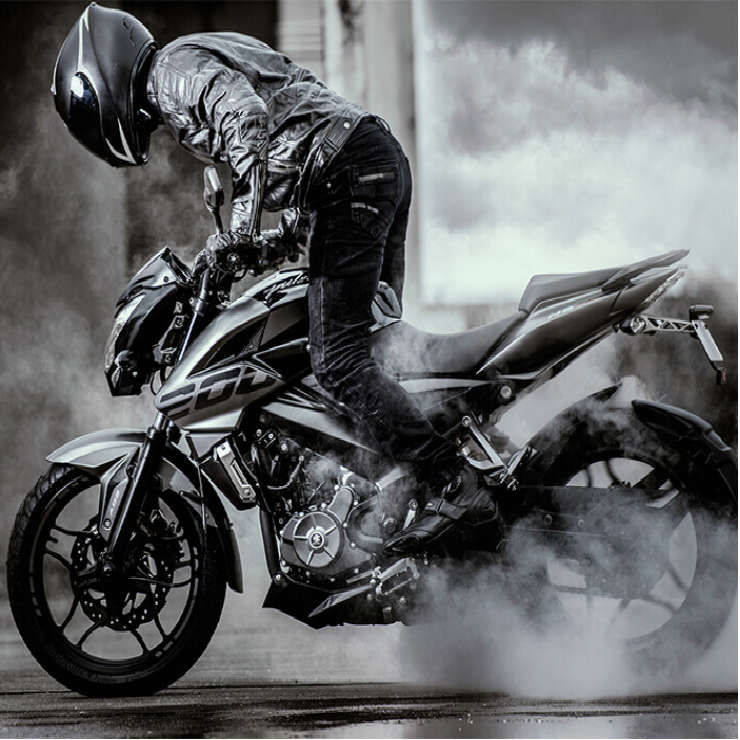 The Pulsar NS 200 is powered by a 200cc engine that gets liquid-cooling. It is a single-cylinder four-valve engine that gets a triple spark plug technology. The bike produces a maximum of 23.17 Bhp at 9,500 rpm and 18.3 Nm torque at 8,000 rpm. It gets a 6-speed manual transmission. There is no fuel injection option with the Pulsar. 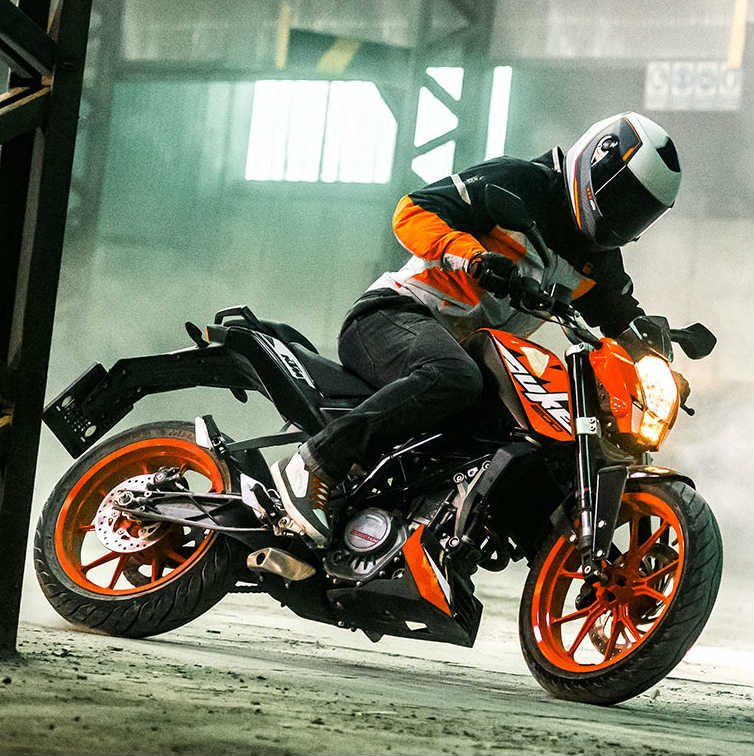 The 200 Duke is powered y a 24 Bhp, single-cylinder, liquid-cooled engine. It also gets a 6-speed transmission. The 200 Duke’s engine produces a maximum of 24 Bhp at 10,000 rpm while the torque maximizes at 19.2 Nm at 8,000 rpm. The Duke being lightest and more powerful of the three is also the quickest. 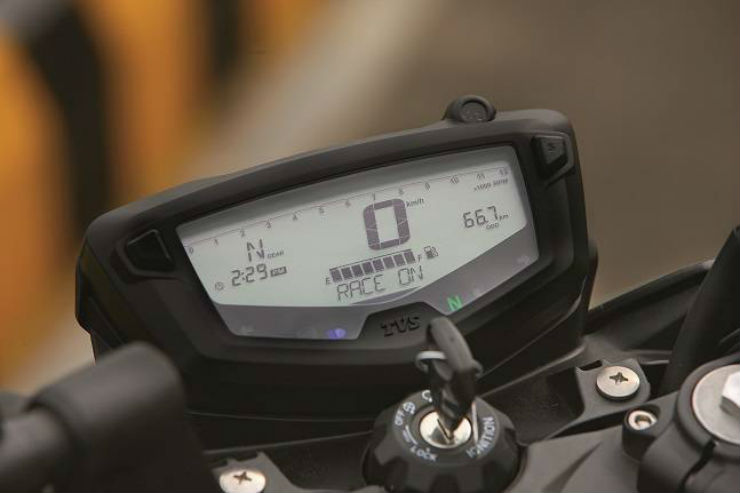 All the three motorcycles are almost similarly featured. All three feature disc brakes on both the wheels, mono-shock in the rear, ABS and alloy wheels. However, a few features are unique in the segment. The Apache RTR 200 is the only bike to get slipper clutch in the segment and the KTM 200 Duke is the only bike to get upside down front fork. The Bajaj Pulsar 200 NS gets triple spark feature. 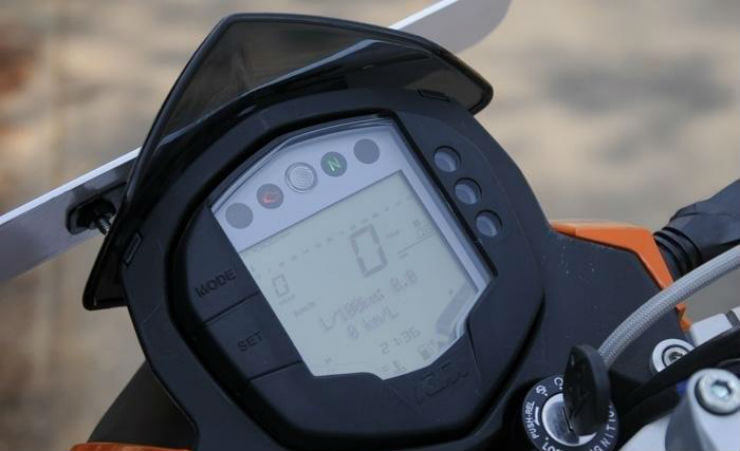 While both KTM and TVS get a fully-digital instrumental console, the Bajaj Pulsar 200 NS is the only bike that gets a hybrid-analogue console. Apart from that, both the Bajaj and TVS get petal disc brakes that help the discs to stay cooler. 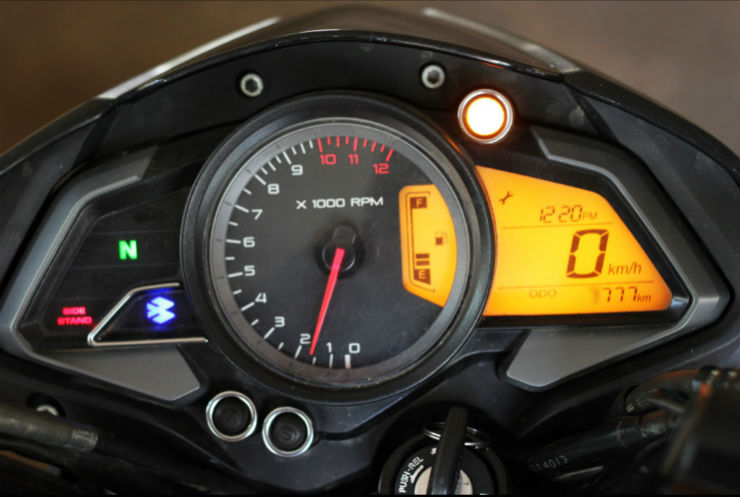