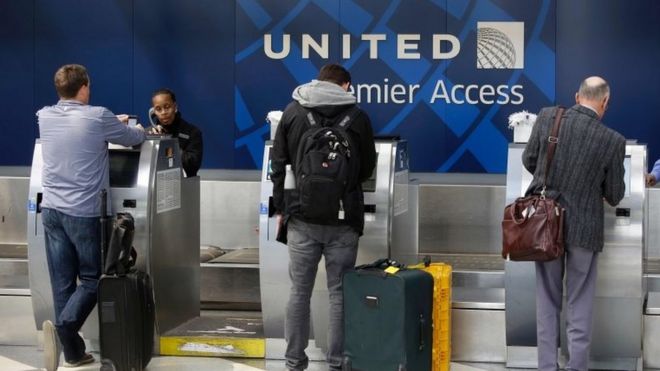 Two weeks after a passenger was violently dragged from one its planes, United Airlines says it is to link pay more closely to customer satisfaction.

The US company has also revealed its chief executive, Oscar Munoz, will now not become chairman, as anticipated.

The airline has been under heavy scrutiny since video of the incident was shared worldwide.

The executive pay decision features in a filing to the US Securities and Exchange Commission financial watchdog.

“United’s management and the board take recent events extremely seriously and are in the process of developing targeted compensation program design adjustments to ensure that employees’ incentive opportunities for 2017 are directly and meaningfully tied to progress in improving the customer experience,” the filing said. 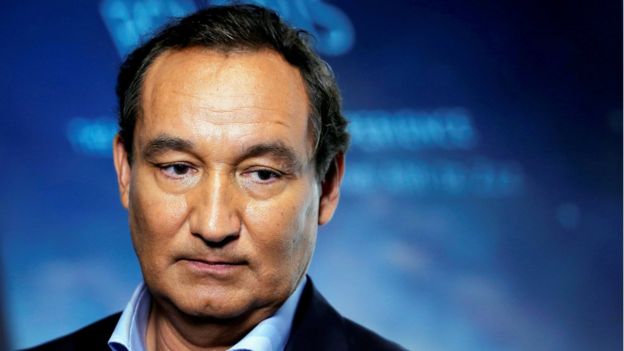 It said a prior employment agreement with Mr Munoz had been reversed, so he would not become chairman of the board in 2018.

The company, listed as United Continental Holdings Inc, said Mr Munoz initiated the amendment, and future appointments to the chairman position would now be at the board’s discretion.

Mr Munoz was heavily criticised and faced calls to resign after passenger Dr David Dao two lost teeth and a broken nose as he was dragged from the plane in Chicago on 9 April.

In his first public statement, the executive had appeared to place the blame on Dr Dao, describing him as “disruptive and belligerent”.

Days later, Mr Munoz said he felt “shame and embarrassment”, and vowed that it would never happen again.

United was due to answer detailed questions about the incident at a Senate panel on Friday, but the airline requested a further week’s postponement.

Law enforcement officials dragged Dr Dao off a flight departing from Chicago for Louisville, Kentucky, because it was fully booked, and the airline wanted four passengers to make way for staff members.

The 69-year-old Vietnamese-American physician had refused to leave, saying he needed to go home to see his patients. He was then dragged down the aisle of the aircraft.

Dr Dao’s daughter, Crystal Dao Pepper, later told a news conference in Chicago that the family had been “sickened” by what had happened.

The ordeal led to demonstrations at Chicago’s O’Hare International Airport and turned into a public relations disaster for United Airlines.